Actor Robert Downey Jr. and his wife Susan arrive at the premiere of the motion picture dramatic comedy "Paper Man" on the opening night of the Los Angeles Film Festival in Los Angeles on June 18, 2009. (UPI Photo/Jim Ruymen) | License Photo

USA Today reported the convention, which runs through Sunday, will feature appearances by scores of actors, directors, producers and writers, such as Mickey Rourke, James Cameron and Peter Jackson. Also on the schedule are previews of eagerly awaited science-fiction movies and TV shows, some of which are based on comic books or graphic novels.

"This is about the toughest group there is to impress," Robert Downey Jr., star of "Iron Man," told the newspaper of the Comic-Con crowd. "They're watching your footage, every one of them waiting to Twitter whether you suck."

"It's been co-opted by Hollywood," Cameron, who is introducing his film "Avatar" at the event, said about the convention. "But that's OK; it's mutual exploitation. (Fans) get the first looks and get to lord over all their friends that they saw before anyone else."

"You can't underestimate how powerful this group is," "Iron Man" director Jon Favreau added. "It's an unlimited press corps, all of them knowing how to communicate in a digital age. The geeks have inherited the Earth, and that's good news for us." 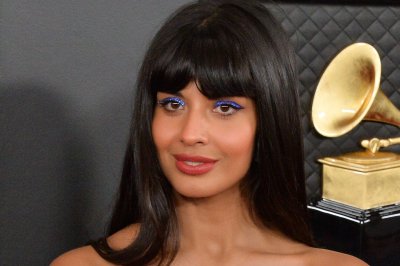