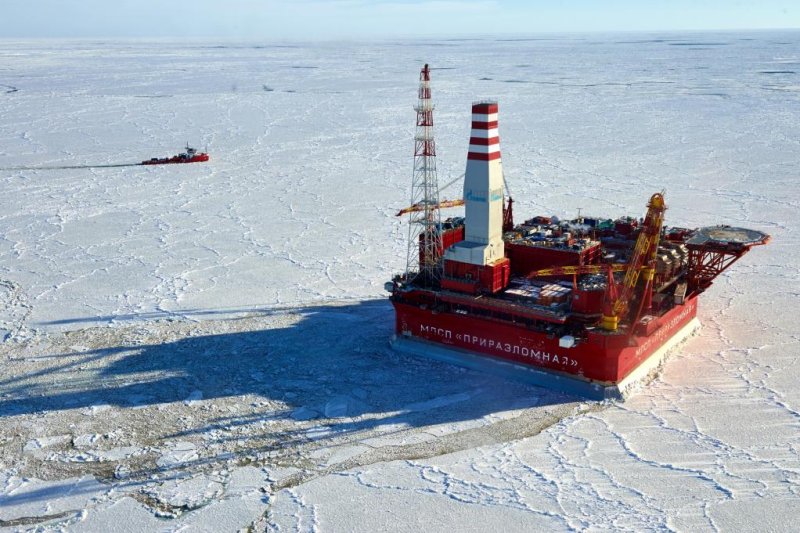 MOSCOW, March 17 (UPI) -- Russian oil company Gazprom Neft said it revised a production schedule to dramatically boost output from a field in the Arctic north of the country.

The increase is a result of a reinterpretation of the seismic data used to get a better understanding of the field's resource potential.

"The experience we have gained in working on Prirazlomnoye field has significantly improved efficiency in developing the field, and we are continuing to develop the first oil-production project on the Russian Arctic shelf," Gennady Lubin, a general director for the company, said in a statement.

While most companies are scaling back under pressure from lower crude oil prices, the Russian oil company said it could do more with less given the revisions to production estimates from the Prirazlomnoye field.

Gazprom Neft, the oil arm of Russia's Gazprom, reached a milestone with the production of its 1 millionth barrel of oil from the field in September 2014.

Greenpeace advocates, dubbed the Arctic 30, scaled a rig in 2013 set for work in the Arctic field to raise awareness about the risks of an oil spill in the harsh northern environment.

RELATED Greenpeace: Russia has no appetite to control oil spills

Gazprom Neft said a stationary rig at the site is designed specifically to ensure the risks of a spill are minimized to the greatest extent possible. Production, the company said, is planned around what it described as stringent environmental safeguard.