The man-made Houston Ship Channel, one of the most important oil and petrochemical complexes in the world, houses multiple refineries, including the Pasadena plant sold by Petrobras to Chevron for $350 million. Photo courtesy of skeeze/Pixabay

Jan. 31 (UPI) -- Chevron bought a 110,000 barrel-per-day refinery in Houston for $350 million from Petrobras, an asset once emblematic of corruption in Brazil and which had cost the Brazilian state oil company over $1.2 billion, not including money spent in upgrades.

In addition to a Pascagoula, Miss., refinery located 434 miles east of Houston, Chevron owns two refineries in California and another one in Utah.

"The transaction is part of Petrobras' Partnerships and Divestments Program, in line with the 2019-2023 Business and Management Plan, which provides for the optimization of the company's portfolio," the company added.

The refinery was reportedly in recent years in the center of corruption investigations in Brazil to learn why Petrobras former officials paid for this complex in 2006 about $1.2 billion, or 30 times what Belgium-based Astra Oil had paid for it just a year earlier.

At least one former Petrobras official admitted taking bribes to authorize the purchase, according to a Houston Chronicle report.

The sale takes away the key asset of the company's Petrobras Americas unit, which was part of a company's initiative to have refining and distribution assets in the United States, and not limit itself to the shipping of crude oil and oil products.

Petrobras has been selling other assets including older production fields onshore Brazil and also in shallow water fields in the country in a bid to focus efforts on deep-water production, which is where it considers it can generate the best value.

The company has been able to greatly increase domestic output through technology advances that allowed it to reach deepwater, light-crude rich areas in Brazil known as pre-salt.

Petrobras website says that it bought half of the Pasadena refinery in 2006, taking full ownership in 2008.

In addition to the purchase price, Petrobras invested in several projects to reduce emissions and improve safety, the company said without giving the upgrade costs.

Petrobras Americas unit, which is the company's arm in the United States, operates three producing fields in the Gulf of Mexico, Cascade and Chinook, both of which came online in 2012, and Cottonwood, which started production in 2007.

The Houston Ship Channel, a 50-mile long waterway completed in 1914 that allowed ships to go from the Gulf Coast deep inland to the Houston port, is at the center the world's second biggest petrochemical complex and the top U.S. port in foreign waterborne tonnage.

Petrobras also said Wednesday that as of the end of last year its proved oil, condensate and natural gas reserves reached 11.957 billion of barrels of oil equivalent. 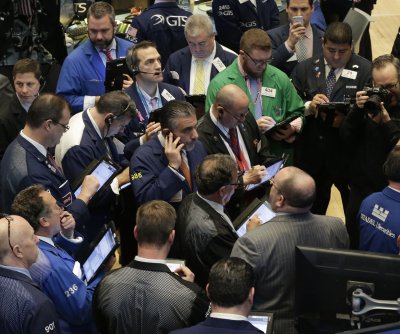