"The Russian military aircraft remained in international airspace and at no time did they enter United States sovereign airspace."

The second included Tu-95 bombers and an A-50 plane, came within 32 nautical miles, NORAD said. The Russian planes were identified and intercepted as they flew closer to U.S. territory than in recent years. .

"Flying air patrols protects the approaches to our nations and sends a clear message we continue executing our homeland defense missions with the same capability and capacity we always bring to the fight," he said.

The Russian Defense Ministry said on Wednesday that the flights were part of an 11-hour mission over the Pacific Ocean.

"At certain stages of the route, Russian planes accompanied the US Air Force F-22 fighters," Russian officials said. "All flights of the Aerospace Forces of Russia are carried out in strict accordance with the International Rules for the Use of Airspace. In May of this year, the U.S. Air Force strategic bomber aircraft flew five times along the borders of the Russian Federation."

Several intercepts of Russian aircraft occurred off the Alaskan coast in 2019, and as recently as March 2020, U.S. and Canadian fighter planes intercepted two Russian reconnaissance planes near Alaska. 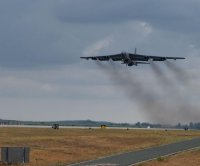 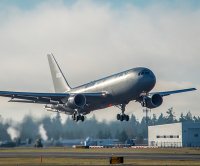