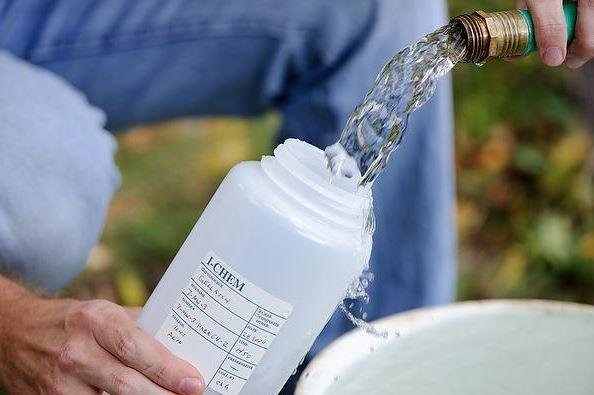 The House of Representatives has passed the PFAS Action Act, which is aimed at strengthening regulations to clean up toxic compounds in water and prevalent on U.S. military bases. Photo courtesy of Minnesota Pollution Control Agency

Jan. 13 (UPI) -- A bill requiring the Pentagon to work with communities to clean up chemical contamination in drinking water passed in the House, but faces an uncertain future.

The PFAS Action Act of 2019, which the House of Representatives passed on Friday, requires the reclassification of two types of per- and polyfluoroalkyl substances, or PFAS, as hazardous materials.

PFOA and PFOS are the key ingredients of foams used by the U.S. military for firefighting, although the Defense Department has limited their use in training, and can be found in drinking water in some areas. Up to 10 million people may have been exposed to the chemicals, which have been linked to various cancers, thyroid disease, high cholesterol, birth defects and high blood pressure in pregnant women.

The Pentagon has identified 401 active and former military installations with known or suspected PFOA and PFOS contamination. Rep. Dan Kildee, D-Mich., co-author of the House bill, said on Thursday that the Defense Department was aware of the poisonous nature of the chemicals since the 1970s but failed to protect military firefighters. He added that PFAS-laden foam was allowed to drain into the ground at Wurtsmith AFB, Mich., for years, contaminating the drinking water and groundwater.

At least 90 Army bases in the United States have contaminated drinking water, and nearly 300 bases have some form of PFAS contamination.

The expansive bill, which would enact regulations beyond those currently enforced by the Environmental Protection Agency, passed the House by a vote of 247-159. Democrats largely voted in favor of the bill, but 24 Republicans joined them. The bill faces an uncertain future in the Senate, however, largely because of its potential cost.

The Congressional Budget Office estimated it would cost at least $300 million in the next decade, but the figure could be "much higher" since it obligates the federal government to mitigate contamination on properties it no longer owns.

President Donald Trump could also veto the bill. Trump said that PFAS provisions in the 2020 National Defense Authorization Act bill make the cleanup too large a project for the military -- which is said to be part of the reason it was removed from the legislation before being adopted by Congress and signed into law in December.