The figure is down slightly from 2018, but a three-year, $51 billion average maintains efforts to elevate weapons sales as part of U.S. foreign policy.

Payments from partner countries accounted for $48.25 billion of the total. Another $3.67 billion came from grant assistance programs, including Foreign Military Financing and the Global Peacekeeping Operations Initiative. Cases funded under the Defense Department's Title 10 grant assistance programs, including a fund for training and equipping the Afghan Security Forces Fund, added another $3.47 billion.

An average of $51 billion in sales in the past three years indicates a "continued strength in the sales of U.S. defense articles and services to allies and foreign partners," DSCA said in a statement.

"Security cooperation has been elevated to a tool of first resort for U.S. foreign policy," Lt. Gen. Charles Hooper, DSCA director, said on Tuesday at the Association of the U.S. Army's annual conference. "We, the United States, will continue to embody what makes us great; transparency in our business practices, responsiveness to our partners' needs, integrity in all that we do and commitment to not only advance our national security objectives but those of our partners as well." 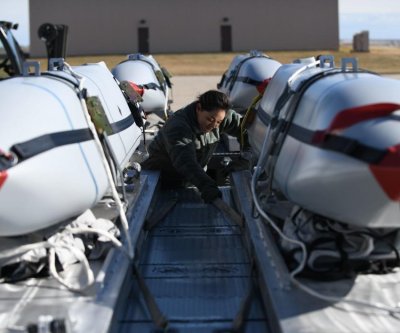