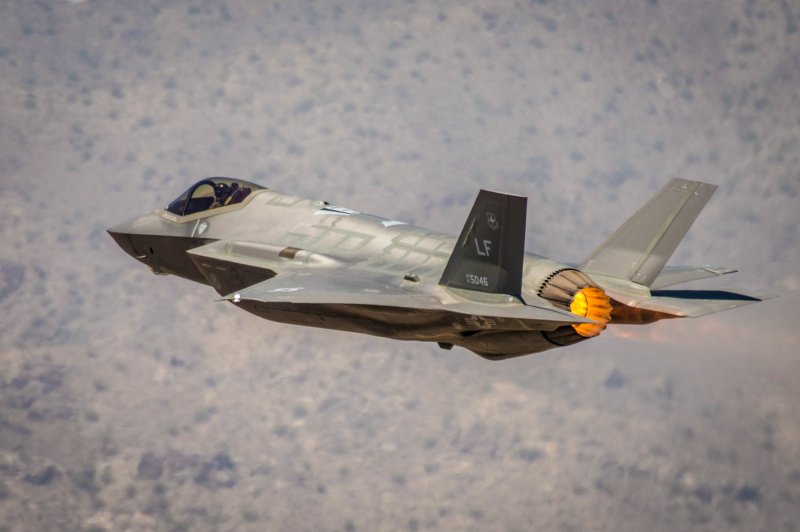 The temporary grounding by the U.S. military and its allied partners will accompany inspections on the aircraft, looking for "suspect fuel tubes," the JPO said in a news release obtained by Defense One editor Marcus Weisgerber. Aviation Week also reported the news.

U.S.-based Lockheed Martin manufactures the F-35, a fifth-generation multi-role stealth fighter used by the U.S. military. However, the issue is related to the aircraft's engine, which is produced by Pratt & Whitney, a Lockheed Martin spokesman UPI.

Any F-35 with fuel tube problems will be replaced, the JPO said.

"We are actively partnering with the Pentagon's F-35 Joint Program Office, our global customers and Pratt & Whitney to support the resolution of this issue and limit disruption to the fleet," the Lockheed Martin spokesman said.

The JPO said these reviews were prompted by an F-35B crash in South Carolina in late September. The U.S. Marine Corps pilot operating the fighter safely ejected before impact and the JPO said the aircraft mishap board continues to investigate the incident.

"The primary goal following any mishap is the prevention of future incidents," the statement said. "We will take every measure to ensure safe operations while we deliver, sustain and modernize the F-35 for the warfighter and our defense partners."