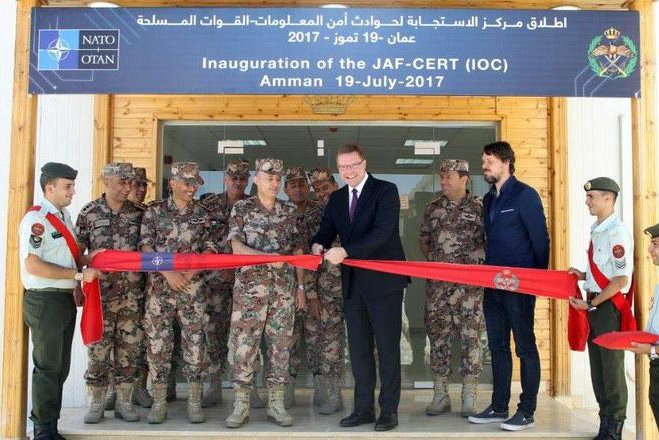 A ribbon-cutting ceremony for CERT in Amman, Jordan. Photo courtesy of NATO

July 20 (UPI) -- NATO and the Jordanian armed forces held a ceremony to inaugurate the creation of the Computer Emergency Response Team for cooperation on cybersecurity.

CERT is a unit of the Jordanian armed forces tasked with helping prevent and deal with cyberattacks on Jordanian civil and military networks. It helps provide training and workplace development to help safeguard critical infrastructure.

CERT is part of NATO's Science for Peace and Security program. SPS is meant to bolster scientific collaboration between NATO members and partner nations and allies such as Jordan.

The program is primarily supported by cybersecurity experts from Germany and Jordan with France and the United States playing a supporting role.It forms part of the Defence and Related Security Capacity Building package slated for Jordan by NATO.

"This project signifies a milestone for cooperation in the area of cyber defence with a partner nation, and is the first of its kind to have been approved by NATO Allies," head of NATO's Cyber Defence Section Christian Lifländer said.

"It supported Jordan in developing capabilities to defend its infrastructure, mitigate the impact of cyber attacks, and enhance the overall security situation in the county," he explains.

Follow-on projects over the next several years under SPS will continue to build on and improve the program. SPS is also collaborating with Jordan on border security and countering improvised explosive devices.

Jordan faces serious security difficulties due to its border with Syria and Iraq, the refugee crisis and terrorism threats in the region. It forms part of the coalition against the Islamic State and cooperates closely with NATO members like the United States on security issues.

Defense News // 13 hours ago
British military launches its own Space Command with official opening
July 30 (UPI) -- Britain established its Space Command on Friday in a ceremonial opening, with three service branches charged with protecting the country's interests in space. 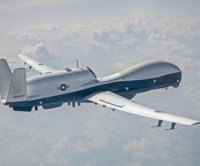 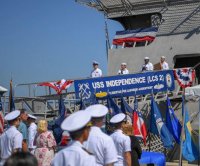 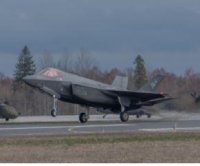