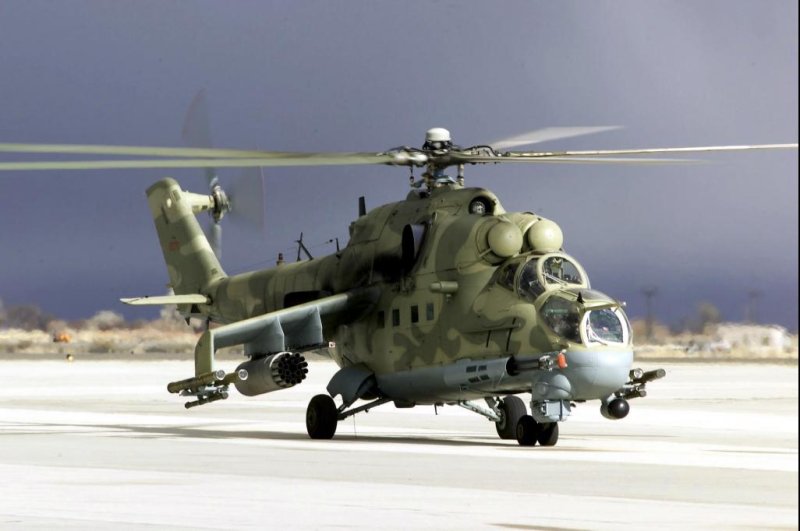 The Mi-25 is a variant of the Russian-made Mil Mi-24 attack helicopter. India intends to donate three more helicopters to Afghanistan, making four total. Photo by the U.S. Air Force

WASHINGTON, Dec. 23 (UPI) -- India has delivered the first of four planned Mi-25 attack helicopters to the government of Afghanistan for use by the Afghan Air Force.

The donation marks the first time India has gifted combat equipment to Afghanistan, which has historically been met with objection from neighboring nation Pakistan. Indian military officials are also scheduled to train Afghan Air Force pilots to operate the aircraft. The deal was subject to approval from Russia as the manufacturer of the helicopters, according to The Economic Times.

The Mi-25 attack helicopters are designed to engage enemies in fortified positions, and transport troops to locations under heavy enemy fire. India is currently in the process of replacing its fleet of Mi-25 helicopters with U.S.-made Apache aircraft.

Afghanistan will receive the first of 20 A-29 Super Tucano light attack aircraft from the United States in January 2016.

Defense News // 1 day ago
Marines advancing anti-ship missile as part of force modernization plan
Sept. 14 (UPI) -- The Marine Corps is moving forward with developing a ship-killing missile that's central to a long-range restructuring of the military, the branch said Tuesday.