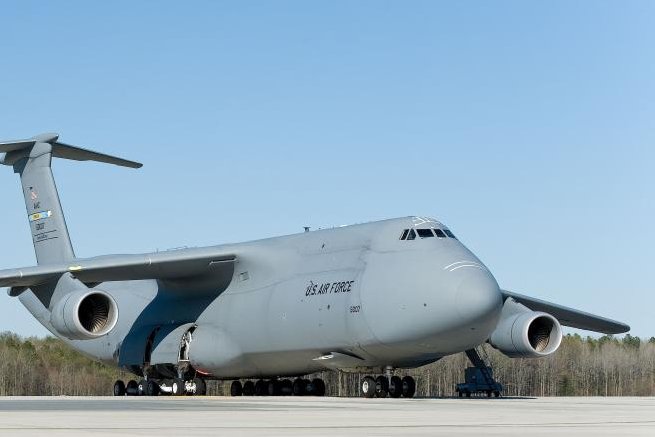 The C-5 is a military transport aircraft, with the C-5M Super Galaxy designed to improve upon its predecessor's transport capabilities, featuring a 20 percent increase in payload capacity. The final aircraft to complete the Air Force's order for 2015 was ferried from a Lockheed Martin facility to the Stewart Air National Guard Base in New York, where it is scheduled for internal paint restoration.

The C-5M Super Galaxy is the largest airlifter in the U.S. Air Force's inventory. It is capable of carrying 36 standard pallets and 81 troops at a time. Additional features include five sets of landing gear.

Once completed, the aircraft will be assigned to the Travis Air Force Base in California.