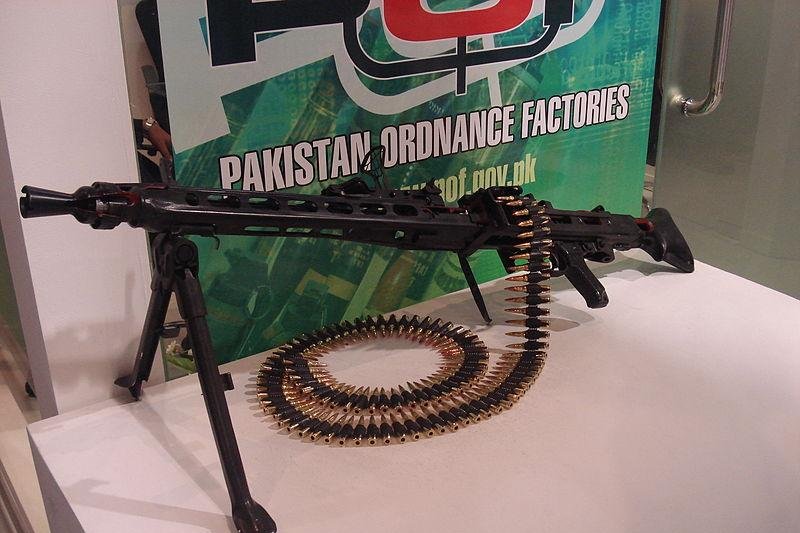 The Pakistani defense market specializes in small arms and ammunition. Photo by Paki90 at English Wikipedia.

The inauguration of the display center showcased the latest products from the country's public and private sectors, with Pakistani military officials, including Defense Production Minister Tanveer Hussain, in attendance, according to IHS Janes.

The government of Pakistan has been active in developing the country's defense industry. Defense News reports the country has experienced mild success with its state-owned conglomerate, Pakistan Ordnance Factories, which produces small arms, ammunition, and explosives. While the country has historically been a top importer of arms, Pakistan's military officials said they are optimistic about the future of defense exports.

During the inauguration event for the DEPO display center, Minister Tanveer praised Pakistan's defense products for being increasingly competitive in the global market, using the Pakistani JF-17 as an example. However, other defense experts point out the country faces serious challenges as it attempts to enter a saturated market dominated mainly by Western entities. Australian defense attache to Islamabad and defense market analyst Brian Cloughley told Defense News Pakistan's efforts to break into the market may not be enough.

"Pakistan's defense industry is well-organized and produces high-quality material, especially in the way of ammunition, but the world market is saturated with defense products and it is extremely difficult to break into what is effectively a closed shop," he said.

Pakistan's defense industry has been heavily managed by the country's Ministry of Defense, created in 1951.