Congress has been notified of possible sales of U.S. missiles to Japan and Norway. 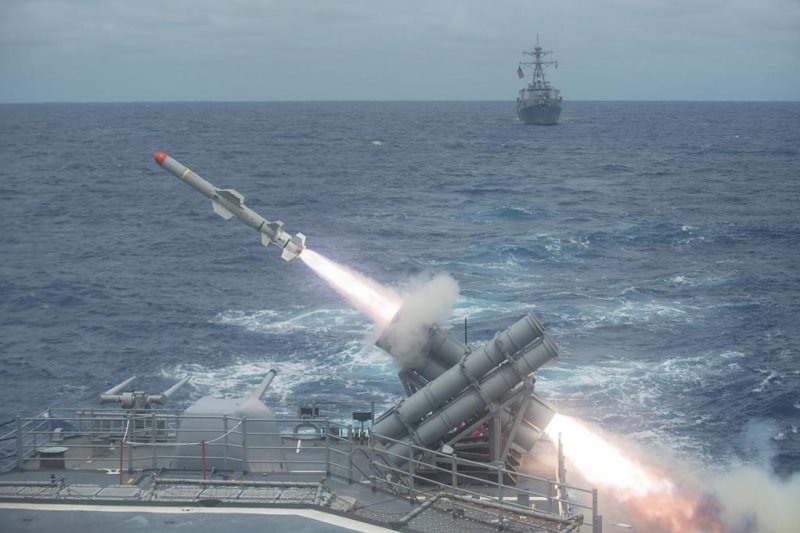 The two packages, already approved by the State Department and reported to Congress by the U.S. Defense Security Cooperation Agency, have a combined estimated value of $544 million.

DSCA, which manages the FMS program, said both would serve U.S. national Security interests by boosting the security of the allies -- Japan and Norway -- and helping to maintain peace and stability in their respective regions.

Japan is seeking to acquire 48 UGM-84L Harpoon Block II missiles, with spare parts and associated equipment, for $199 million. The Harpoon is an over-the-horizon anti-ship weapon manufactured by Boeing that uses active radar homing.

The sea-skimming Harpoon, first introduced in 1977, has an operational range of more than 67 nautical miles, a speed of more than 500 miles per hour and can be launched from surface ships, submarines and fixed-wing aircraft.

"Japan intends to use the Harpoon Block II missiles to supplement its existing Harpoon missile capability," DSCA said in its required notification to Congress. "This sale will strengthen the capabilities of the Japan Maritime Self-Defense Force and enhance its interoperability with U.S. Naval forces.

"It is vital to the U.S. national interest to assist Japan in developing and maintaining a strong and ready self-defense capability. This proposed sale is consistent with U.S. foreign policy and national security objectives and the 1960 Treaty of Mutual Cooperation and Security."

Earlier this month Congress was notified of a proposed sale to Japan of 17 V-22B Block C Osprey aircraft. The deal for the planes, together with extra engines and a variety of avionics and other systems, carried a price tag of about $3 billion.

The Sidewinder is a short-range weapon first developed by the Navy and came into service in 1956. Most of its variants use infrared homing for guidance. It has an operational range of as much as 22 miles.

Raytheon Missile Systems would be the principle contractor for the missiles and assignment of U.S. government or contractor personnel to Norway may be required.