WASHINGTON, May 6 (UPI) -- A request from Japan to procure V-22B Osprey tiltrotor military transport aircraft from the United States has received approval from the U.S. State Department.

The possible deal for 17 Block C Ospreys -- together with spare parts, associated equipment and logistics support -- would be through the U.S. Foreign Military Sales program and is worth an estimated $3 billion.

"Japan is modernizing its transport fleet to better support its defense and special mission needs," the U.S. Defense Security Cooperation Agency said in its required notification to Congress. "The proposed sale of V-22B Block C Osprey aircraft will greatly enhance the Japan Ground Self-Defense Force's humanitarian and disaster relief capabilities and support amphibious operations. This sale will promote burden sharing with our ally and interoperability with U.S. forces."

The V-22 Osprey is jointly manufactured by Bell Helicopters and Boeing Rotorcraft Systems. It is a vertical takeoff and landing aircraft that flies as a fixed-wing plane and is used by the U.S. Marine Corps and U.S. Air Force. It has a speed of 241 knots at sea level, a range of 879 nautical miles.

Bell Helicopter and Boeing Rotorcraft Systems, via a joint venture arrangement, would be principal contractors and U.S. government or contractor representatives would be required in Japan on a temporary basis for program technical support and management oversight.

"It is vital to the U.S. national interest to assist Japan in developing and maintaining a strong and ready self-defense capability," DSCA said. "This proposed sale is consistent with U.S. objectives and the 1960 Treaty of Mutual Cooperation and Security (with Japan)." 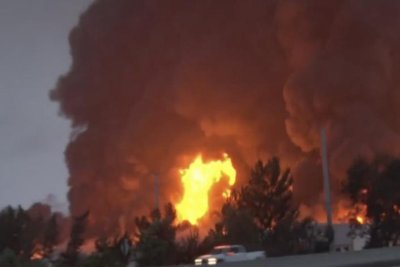