Google announced it has now signed contracts to run 100 percent of the companies operations on renewable energy from sun and wind farms starting in 2017. File photo by Pat Benic/UPI | License Photo

SAN FRANCISCO, Dec. 7 (UPI) -- Google, which used the same amount of power as the city of San Francisco, announced Tuesday it expects to use nothing but renewable energy sources in its data centers and offices in 2017.

With commitments to buy 2.6 gigawatts of wind and solar energy, Google's senior vice president for technical infrastructure, Urs Hölzle, said in a blog post the company claims to now be the largest corporate user of renewable energy in the world and will power 100 percent of its operations with the power it has been buying for the last several years.

"Electricity costs are one of the largest components of our operating expenses at our data centers, and having a long-term stable cost of renewable power provides protection against price swings in energy," Hölzle wrote.

As renewable energy costs have come down during the last six years, Google has been signing deals with renewable energy companies, starting with a 114-megawatt purchase from a wind farm in Iowa in 2010. The company now has at least 20 renewable projects, most of which are wind and solar, in communities where they have either offices or data centers.

RELATED Shareholders give green light to $2.6B merger of Tesla, SolarCity

In total, the company says, they have committed to spending at least $3.5 billion, most of which is in the United States, that is expected to help local municipalities -- with tax revenue and greater access in those locations to renewable energy.

The power Google buys is dumped directly into local power grids, cancelling out the huge amount of energy the company uses to power the billions of users on Gmail, YouTube and other Google services.

"As we look to the immediate future, we'll continue to pursue these direct contracts as we grow, with an even greater focus on regional renewable energy purchases in places where we have data centers and significant operations," Hölzle wrote. "Our ultimate goal is to create a world where everyone -- not just Google -- has access to clean energy." 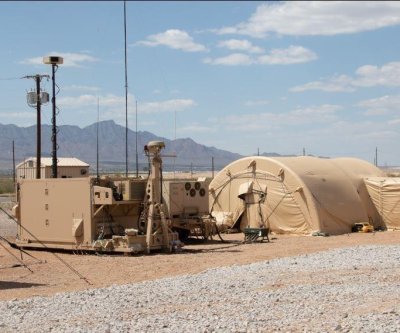 Defense News // 6 hours ago
USS Pinckney crews seize $4.5M worth of cocaine in Caribbean
Aug. 11 (UPI) -- Crews on the USS Pinckney seized more than 120 kilograms of suspected cocaine -- worth $4.5 million -- at the end of July, according to the Navy.