The cybersecurity workforce shortfall will range from 1 million to 2 million positions by 2019, according to the Center for Strategic and International Studies. File Photo by Maksim Kabakou/Shutterstock

Washington, D.C. -- The number of universities offering cybersecurity education has soared to more than 200 with support from both the federal government and private industry. But getting students interested in the field and retaining faculty tempted by higher-paying jobs stand in the way of filling the country's cybersecurity talent shortage.

The cybersecurity workforce shortfall will range from 1 million to 2 million positions by 2019, according to the Center for Strategic and International Studies.

To get more people moving into the cybersecurity field, there has been aggressive growth in cybersecurity training and education, especially in colleges and universities, where more than 200 programs have been created, according to the National Initiative for Cybersecurity Education. Those programs often receive funding from the federal government or companies.

But government also is working to improve the talent pipeline. The National Security Agency and the Department of Homeland Security sponsor the National Centers of Academic Excellence in Cyber Defense program. Schools are given funding to set up curricula following set standards to allow students to get bachelor's or master's degrees in cybersecurity studies.

RELATED After the NSA hack: Cybersecurity in an even more vulnerable world

In addition, the Office of Personnel Management announced the Federal Cybersecurity Workforce Strategy in July. It includes a proposal to invest $62 million to expand cybersecurity eduation in fiscal 2017. Some of the funds would go to a CyberCorps: Scholarship for Service program that would provide scholarships to students in cybersecurity training programs.

The private sector has two strategies to increase the cyber workforce: luring cybersecurity professionals with high salaries and investing in scholarships. Cisco, a California-based networking equipment company, launched a $10 million fund to "help us educate, train and reskill the job force to become the security IT professionals needed to help address this vast talent shortage," according to a company statement.

But experts say the shortfall won't disappear until cybersecurity professionals are willing to step into as teachers.

"Recruiting talent and retaining that talent [is a challenge]. As a university, we are competing with other universities, and we are also competing with the cyber sector and with the government for those highly qualified individuals," said Emma Garrison-Alexander, vice dean of the Cybersecurity and Information Assurance Department at the University of Maryland University College.

"It's a new field, so there are not necessarily that many educated faculty or teachers," she said.

And it seems that many high school students are not aware of the new career option nor do the schools have classes to spur their interest.

"I don't think it's just a matter of creating the [college] programs, then hoping the students will follow," said Rodney Petersen, director of the National Initiative for Cybersecurity Education. "I think all of these work hand in hand to simultaneously increase programs and institutions that are offering this, while we at the same time create the flow of students into this programs and the capacities of teachers and faculties available to teach them."

Peterson said young people don't have a lot of role models for cybersecurity careers because it is a relatively new profession.

"We don't have the role models, the parents and the teachers to talk to the students about the career opportunities that exist," he said.

In addition, cybersecurity programs must compete with other STEM -- science, technology, engineering and math – programs for students.

The U.S. government is encouraging colleges to invite high school students to cyber workshops to expose them to the area.

"Even that pipeline may not be enough to meet the demand," said Peterson.

Associate professor Jim Burkman of Oklahama State University said trying to deliver the message to high school students is difficult because cybersecurity is so complex.

"Our basic public school system doesn't do much to foster inquisitive and self-directed research thinking like that in kids," Burkman said. "It's more memorize and regurgitate.

"Part of the test is get kids to think 'How does that work?' rather than 'What I have to memorize?'"

He also said that female students are particularly hard to attract to the field because it has been dominated by men.

"It's geeky and male dominated," Burkman said. "Women face many challenges, but just dealing with the social awkwardness of cybersecurity, engineering ... that's daunting." 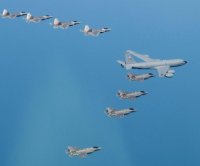 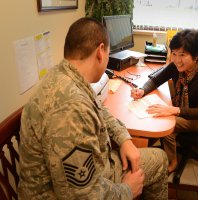