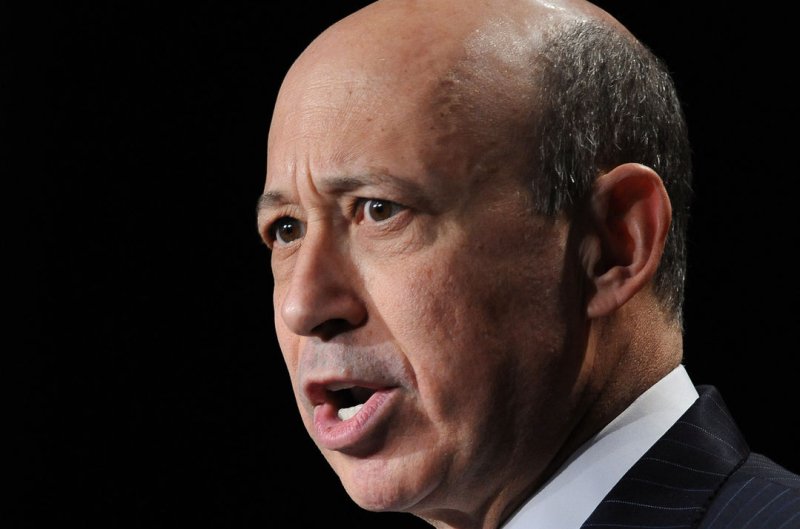 Lloyd Blankfein, chairman and CEO of Goldman Sachs, told shareholders about his diagnosis of a curable form of lymphoma on Tuesday. File photo by Roger L. Wollenberg/UPI | License Photo

He made the announcement in a letter to shareholders, explaining he had been feeling ill during the summer and as a result underwent a series of tests, including a biopsy. Doctors determined the 61-year-old had a cancer described as "highly curable."

"My doctors' and my own expectation is that I will be cured," Blankfein wrote.

Though Blankfein did not specify what form of lymphoma he has, one of the most curable known to exist is Hodgkin's lymphoma, which affects approximately 5,000 men in the United States each year.

Blankfein went on to discuss his treatment plan, which is expected to consist in several chemotherapy sessions over "the next several months" in New York. Doctors told Blankfein he will be able to function normally during the treatment, but Blankfein said he will cancel some of his previously scheduled trips. Blankfein said he ran this by the company's board of directors and they were "supportive."

Blankfein was supposed to speak at an event on Monday night, but company president Gary Cohn. 55, took his place.

Blankfein alluded to the "many people" who deal with cancer on a daily basis, saying their ordeal gives him a starting point for his battle. He has "a lot of energy" and is "anxious" to begin treatment.

CEO of JPMorgan Chase & Co. Jamie Dimon, 59, also announced in July 2014 that he would begin chemotherapy treatment for throat cancer. He told colleagues in December of the same year he was free of the disease.