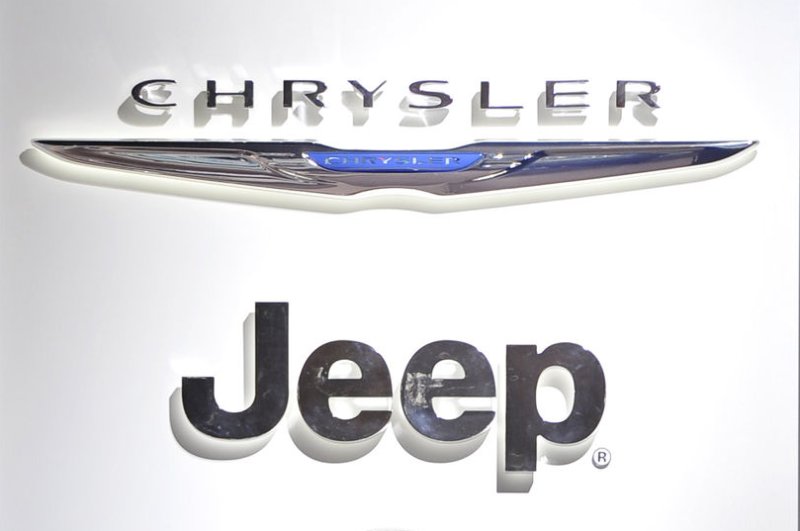 The logos for Chrysler brands are displayed at the Chicago Auto Show at McCormick Place in Chicago on February 9, 2011. UPI/Brian Kersey | License Photo

Chrysler led the way with a 20 percent surge in sales, followed by General Motors and Ford who registered nine percent sales growth for July. The industry as a whole saw sales increase 11 percent, as carmakers offer incentives and banks provide loans at lower interest rates.

Chrysler registered its 52nd straight month of sales gains, led by a 41 percent increase in Jeep sales and 18 percent for the Ram.

"Sales of the all-new Chrysler 200 mid-size sedan continued to increase while our Jeep and Ram Truck brands each turned in double-digit sales gains," Reid Bigland, Chrysler's head of U.S. sales

General Motors has been dealing with multiple investigations into its ignition switch-related recall. But this did not dampen its sales, which grew 9.4 percent in July, with the GMC brand reporting a 22.2 percent increase. Ford sales were up 9.6 percent during the same period.

With increased consumer spending, car sales are seeing a revival and experts believe it could reach 17 million for the year, a number last reached in 2000. But sales in 2000 were spurred by car makers using heavily subsidized leases and sales of new cars to rental car fleets.

"July's performance is the clearest indication yet that retail buyers are driving market demand," Edmunds.com Senior Analyst Jessica Caldwell said in a recent report. "Shoppers are looking past news of recalls and ...they're finding affordable interest rates and other incentives that make it easier to buy a new car."