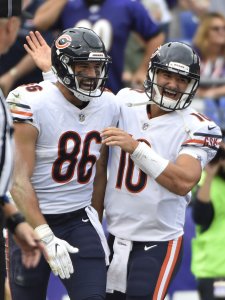 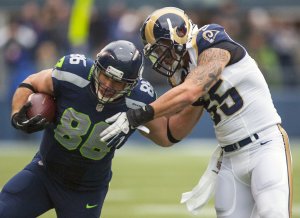 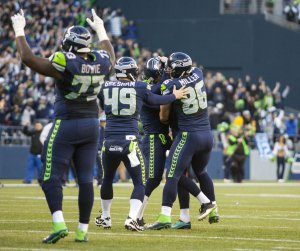 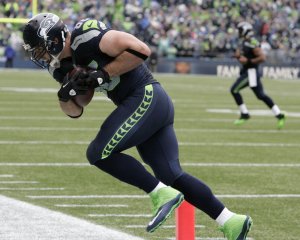 NFL // 3 years ago
Bears TE Miller goes on reserve/PUP list
The Chicago Bears placed Zach Miller on the reserve/physically unable to perform list on Tuesday, one day after the team signed the tight end to a one-year contract.

NFL // 4 years ago
Free-agent setup: Bears should work to keep Fuller
Cornerback Kyle Fuller had a statement season in 2017 after the team refused to pick up his fifth-year option. The Chicago Bears must decide whether Fuller's two interceptions, 22 passes defended and passer rating against of 69.0 represent a trend or contract-year trap.

NFL // 4 years ago
Chicago Bears: What went right, what went wrong
It was supposed to be Mike Glennon's year at quarterback for the Bears.

NFL // 4 years ago
Cleveland Browns clinch first overall pick in NFL Draft after loss to Chicago Bears
Jordan Howard rushed for two touchdowns, rookie quarterback Mitchell Trubisky ran one in himself and the Bears kept the Cleveland Browns winless with a 20-3 victory.

Zachary Joseph Miller (born December 11, 1985 in Phoenix, Arizona) is an American football tight end for the Seattle Seahawks of the National Football League. He was drafted in the second round (38th overall) of the 2007 NFL Draft by the Oakland Raiders. He played college football at Arizona State.

In three seasons at Arizona State University, Miller caught 144 passes for 1,512 yards, and 14 touchdown receptions. He was named a John Mackey Award finalist in 2006. The Sun Devils finished the season with a record of 10-3. Miller was an All-America selection by the AFCA and the Walter Camp Foundation in 2006.

FULL ARTICLE AT WIKIPEDIA.ORG
This article is licensed under the GNU Free Documentation License.
It uses material from the Wikipedia article "Zach Miller."