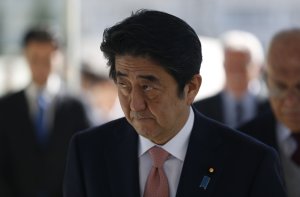 Top News // 9 months ago
The Almanac
On Nov. 11, 1921, U.S. President Warren Harding dedicated the Tomb of the Unknowns at Arlington National Cemetery in Virginia.

I would usually be summoned to attend to Arafat immediately, even when all he had was a simple cold

We have no proof either in one direction or the other

Mohammed Yasser Abdel Rahman Abdel Raouf Arafat al-Qudwa al-Husseini (Arabic: محمد ياسر عبد الرحمن عبد الرؤوف عرفات القدوة الحسيني‎‎; 24 August 1929 – 11 November 2004), popularly known as Yasser Arafat (Arabic: ياسر عرفات‎) or by his kunya Abu Ammar (Arabic: أبو عمار‎, 'Abū `Ammār), was a Palestinian leader and a Laureate of the Nobel Prize. He was Chairman of the Palestine Liberation Organization (PLO), President of the Palestinian National Authority (PNA), and leader of the Fatah political party, which he founded in 1959. Arafat spent much of his life fighting against Israel in the name of Palestinian self-determination. Originally opposed to Israel's existence, he modified his position in 1988 when he accepted UN Security Council Resolution 242. Arafat and his movement operated from several Arab countries. In the late 1960s and early 1970s, Fatah faced off with Jordan in a brief civil war. Forced out of Jordan and into Lebanon, Arafat and Fatah were major targets of Israel's 1978 and 1982 invasions of that country.

Arafat remains a highly controversial figure whose legacy has been widely disputed. He was "revered by many Arabs," and the majority of the Palestinian people, regardless of political ideology or faction, viewed him as a freedom fighter who symbolized their national aspirations. However he was "reviled by many Israelis" who viewed him as a terrorist. Israel has also accused him of mass corruption, secretly amassing a personal wealth estimated to be USD $1.3 billion in 2002 despite the degrading economic conditions of the Palestinians.

Later in his career, Arafat engaged in a series of negotiations with the government of Israel to end the decades-long conflict between it and the PLO. These included the Madrid Conference of 1991, the 1993 Oslo Accords and the 2000 Camp David Summit. His political rivals, including Islamists and several PLO leftists, often denounced him for being corrupt or too submissive in his concessions to the Israeli government. In 1994, Arafat received the Nobel Peace Prize, together with Yitzhak Rabin and Shimon Peres, for the negotiations at Oslo. During this time, Hamas and other militant organizations rose to power and shook the foundations of the authority that Fatah under Arafat had established in the Palestinian territories.

FULL ARTICLE AT WIKIPEDIA.ORG
This article is licensed under the GNU Free Documentation License.
It uses material from the Wikipedia article "Yasser Arafat."