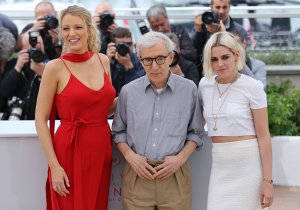 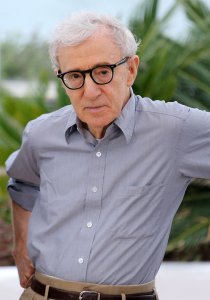 Top News // 4 months ago
The Almanac
On Dec. 1, 1959, the United States and the Soviet Union signed a treaty banning military activity on Antarctica.

It's hard for me to know. I'll think, 'I really brought off my ideas, it's great,' and no one sparks to it

It's all through the actors; I cannot write in that idiom

I have a great admiration for English actors and actresses and have used them at every opportunity over the years, but now I won't have to import them to New York

Allen's films, ranging from tragedies to screwball comedies, have made him a notable American director. He is also distinguished by his rapid rate of production and his very large body of work. Allen writes and directs his movies and has also acted in the majority of them. For inspiration, Allen draws heavily on literature, sexuality, philosophy, psychology, Jewish identity, and the history of cinema, among a wealth of other fields of interest.

Allen developed a passion for music early on and is a jazz clarinetist. What began as a teenage avocation has led to regular public performances at various small venues in his hometown of Manhattan, with occasional appearances at various jazz festivals. Allen joined the Preservation Hall Jazz Band and the New Orleans Funeral Ragtime Orchestra in performances that provided the film score for his 1973 comedy Sleeper, and performed in a rare European tour in 1996, which became the subject of the documentary Wild Man Blues.

FULL ARTICLE AT WIKIPEDIA.ORG
This article is licensed under the GNU Free Documentation License.
It uses material from the Wikipedia article "Woody Allen."
Back to Article
/