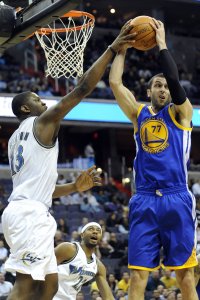 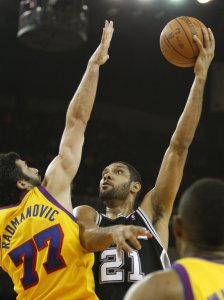 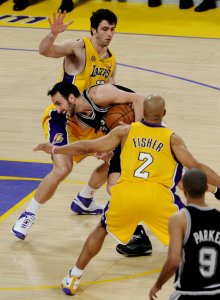 Born into the Serbian family of a JNA officer hailing from the Dalmatian coastal town of Zadar in Croatia, Radmanović was born in Trebinje, in the Socialist Republic of Bosnia and Herzegovina, in the former Yugoslavia, where his father Stevan was stationed at the time. He grew up in various locales dictated by the requirements of his father's profession.

Radmanović played basketball for Red Star Belgrade and KK FMP Železnik before entering the into the NBA in 2001.

FULL ARTICLE AT WIKIPEDIA.ORG
This article is licensed under the GNU Free Documentation License.
It uses material from the Wikipedia article "Vladimir Radmanovic."