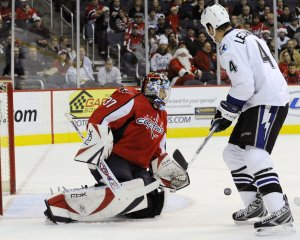 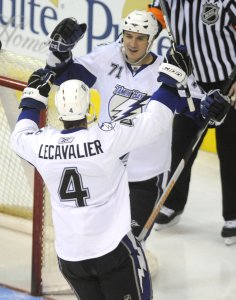 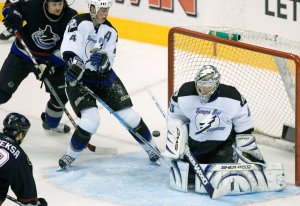 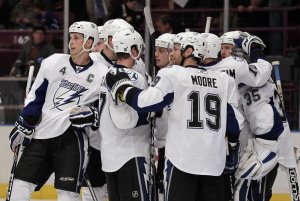 Sports News // 4 years ago
Steven Stamkos staying with Tampa Bay Lightning, agrees to 8-year deal
What star forward Steven Stamkos might have earned on the free-agent market is no longer an issue. 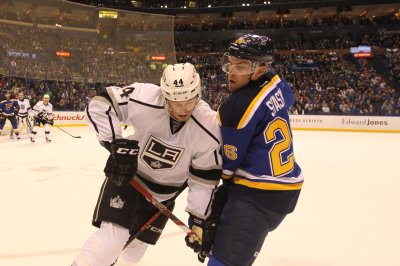 Sports News // 4 years ago
Shane Doan breaks Arizona Coyotes' points record in win
When Shane Doan was asked this week about his impending record for most points in franchise history, the Arizona Coyotes captain was predictably low-key.

As long as the owners keep pushing a salary cap, no, I can't see us playing this season

Vincent Lecavalier (born April 21, 1980) is a Canadian professional hockey centre and the captain of the Tampa Bay Lightning of the National Hockey League (NHL).

Lecavalier played two years of junior hockey for the Rimouski Océanic of the Quebec Major Junior Hockey League (QMJHL). During his tenure, he quickly established himself as one of the NHL's top prospects. In his first season with the Océanic, he won the Michel Bergeron Trophy as the QMJHL's top rookie forward, and the RDS Cup as the top rookie overall.

Lecavalier was drafted first overall by Tampa Bay in the 1998 NHL Entry Draft, during which new Lightning owner Art Williams proclaimed that Lecavalier would be "the Michael Jordan of hockey".

FULL ARTICLE AT WIKIPEDIA.ORG
This article is licensed under the GNU Free Documentation License.
It uses material from the Wikipedia article "Vincent Lecavalier."
Back to Article
/