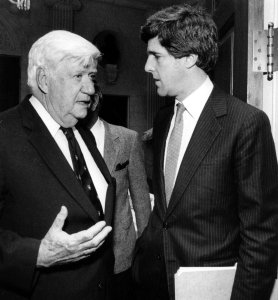 MLB // 3 years ago
Toronto Blue Jays keep hitting and hitting and hitting in 17-2 victory
TORONTO -- So often in their early season struggles, the Toronto Blue Jays had trouble producing runs.
U.S. News // 6 years ago
The Issue: Year of action? Doubtful.
U.S. President Barack Obama may have declared 2014 a year of action in his State of the Union address but lawmakers last week moved quickly after returning from their recess to knock down expectations.
U.S. News // 7 years ago
Politics 2014: GOP, Tea Party followers must exercise discipline
Oh! The places Republicans and Tea Party movement members hope to go in 2014 and beyond and some think they have three high-profile controversies afflicting the Obama White House believe will help them – but they must tread lightly, a Republican strategist says.
U.S. News // 8 years ago
UPI NewsTrack TopNews
News from United Press International, around the world around the clock ...
U.S. News // 8 years ago
Obama nominates Lew for Treasury
President Obama Thursday named White House Chief of Staff Jacob "Jack" Lew as the next secretary of the U.S. Treasury amid financial turmoil.
U.S. News // 8 years ago
On Social Security: Who do you trust to save the future?
If last week's debate between vice presidential candidates, incumbent Democrat Joe Biden and Republican challenger Paul Ryan, showed anything, it's that Republicans and Democrats are still far apart on how to preserve Social Security.
Walker's World // 9 years ago
Walker's World: Where is compromise?
Barring a miracle, the 12-member super committee of the United States Congress seems unlikely to agree a compromise deal this week to reduce the budget deficit.
U.S. News // 9 years ago
Ford joins Reagan in Capitol rotunda
A 10-foot-tall bronze statue of former President Gerald R. Ford has been placed in the rotunda of the U.S. Capitol facing fellow Republican Ronald Reagan.
Top News // 1 decade ago
Pelosi: Becoming legendary House speaker
Washington insiders are saying House Speaker Nancy Pelosi has become the most powerful woman in U.S. political history.
Odd News // 1 decade ago
The almanac
UPI Almanac for Sunday, Dec. 9, 2007.

Thomas Phillip "Tip" O'Neill, Jr. (December 9, 1912 – January 5, 1994) was an American politician. O'Neill was an outspoken liberal Democrat and influential member of the U.S. Congress, serving in the House of Representatives for 34 years and representing two congressional districts in Massachusetts. He was the Speaker of the House from 1977 until his retirement in 1987, making him the second longest-serving Speaker in U.S. history after Sam Rayburn, and the longest consecutive serving Speaker.

O'Neill was born to Thomas Phillip O'Neill, Sr., and Rose Ann (Tolan) O'Neill near Barry's Corner in the Irish middle-class area of North Cambridge, Massachusetts, known at the time as "Old Dublin." The third of three children, his mother died when he was 9 months old, and he was largely raised by a French-Canadian housekeeper until his father remarried when he was 8. O'Neill senior had started out as a bricklayer, later winning a seat on the Cambridge City Council and an appointment as Superintendent of Sewers. During his childhood, O'Neill received the nickname "Tip" after the baseball player James "Tip" O'Neill. He was educated in Roman Catholic schools, graduating from St. John's High School in 1931, where he was captain of the basketball team. From there he went to Boston College, from which he graduated in 1936. He lived on Orchard St. In Cambridge.

O'Neill first became active in politics at 15, campaigning for Al Smith in his 1928 presidential campaign against Republican Herbert Hoover. Four years later, he helped the campaign for Franklin D. Roosevelt. As a senior at Boston College, O'Neill ran for a seat on the Cambridge City Council and lost; his first and only electoral defeat. This campaign taught him the lesson that became his best known quote: "All politics is local".

FULL ARTICLE AT WIKIPEDIA.ORG
This article is licensed under the GNU Free Documentation License.
It uses material from the Wikipedia article "Tip O'Neill."
Back to Article
/