Voices // 5 months ago
U.S.-China fight over fishing is really about world domination
China's aggressive, sometimes illegal fishing practices are the latest source of conflict with the United States. 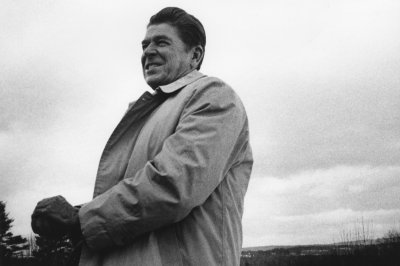 Top News // 3 years ago
On This Day: Reagan sworn in as California governor
On Jan. 2, 1967, Ronald Reagan is sworn in as 33rd governor of California.

Top News // 4 years ago
The Almanac
On Jan. 2, 1935, Bruno Hauptmann, "The Most Hated Man in the World," went on trial for the kidnapping and murder of Charles Lindbergh, Jr., eldest son of famed aviator, Charles Lindbergh.

Timothy Pickering (July 17, 1745 – January 29, 1829) was a politician from Massachusetts who served in a variety of roles, most notably as the third United States Secretary of State, serving in that office from 1795 to 1800 under Presidents George Washington and John Adams.

Pickering was born in Salem, Massachusetts to Deacon Timothy and Mary Wingate Pickering. He was one of nine children and the younger brother of John Pickering (not to be confused with the New Hampshire judge) who would eventually serve as Speaker of the Massachusetts House of Representatives. He attended grammar school in Salem and graduated from Harvard University in 1763. Salem minister William Bentley noted on Pickering: "From his youth his townsmen proclaim him assuming, turbulent, & headstrong."

After graduating from Harvard, Pickering returned to Salem where he began working for John Higginson, the town clerk and Essex County register of deeds. Pickering was admitted to the Massachusetts Bar in 1768 and, in 1774, he succeeded Higginson as register of deeds. Soon after, he was elected to represent Salem in the Massachusetts General Court and served as a justice in the Essex County Court of Common Pleas. On April 8, 1776, he married Rebecca White of Salem.

FULL ARTICLE AT WIKIPEDIA.ORG
This article is licensed under the GNU Free Documentation License.
It uses material from the Wikipedia article "Timothy Pickering."
Back to Article
/