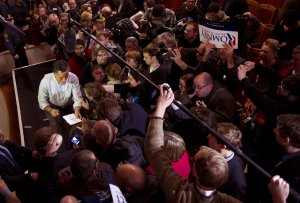 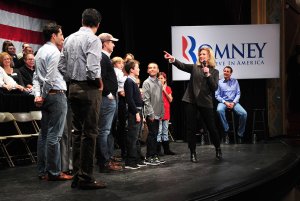 U.S. News // 3 years ago
Replacements for Ryan emerge in Wisconsin as 4 states settle primaries
Wisconsin voters determined Tuesday which candidates will be on the ballot to replace House Speaker Paul Ryan, as one of four states settled primary elections.

U.S. News // 3 years ago
Parties settle Congress, governor's races in Wisconsin, 3 other states
Democratic and Republican races in a couple of key battleground states will be settled Tuesday, with just 84 days remaining until the midterm elections.

I think he's acknowledged that military action in this particular situation is unlikely, but as commander in chief, he wants to make sure all options remain available to him, and that's understandable

He's somebody who has taken positions that have regularly ranked lockstep, almost robotically, with the Democratic caucus and liberal interest groups

My record of cutting government spending, appointing conservatives justices, doing health care reform the right way and more is now getting out as we've had TV ads and radio ads and spending a lot of time here in Iowa

Of the votes cast on Election Day, we would have won

This is a threat that can wreak enormous destruction in a very short amount of time. You say, well, 'He hasn't yet applied these weapons.' Well, I say, if we wait until he has access to these weapons, the world has waited too long

Timothy James "Tim" Pawlenty (pronounced /pəˈlɛnti/; born November 27, 1960) is an American politician who served as the 39th Governor of Minnesota (2003–2011). He is a Republican candidate for President of the United States in the 2012 election. He previously served in the Minnesota House of Representatives (1993–2003) where he served two terms as majority leader.

Pawlenty was born in Saint Paul, Minnesota and raised in nearby South St. Paul. He graduated from University of Minnesota with a B.A. in political science and earned a J.D. from the University of Minnesota Law School. His early career included working as a labor law attorney and the vice president of a software company. After settling in the city of Eagan with his wife, Pawlenty was appointed to the city's Planning Commission and was elected to the Eagan City Council at the age of 28. He won a seat as a state representative in 1992, representing District 38B in suburban Dakota County. He was re-elected four times, and voted majority leader by House Republicans in 1998.

He won a narrow Republican primary in 2002 followed by a three-way election for Governor of Minnesota. His platform focused on balancing the budget without raising taxes. He was re-elected in 2006 by a margin of one percent. Pawlenty eliminated his state's budget deficit using spending cuts and borrowing heavily from earmarked funds. His administration advocated for numerous public works projects, including work on the Northstar Commuter Rail Line, and the construction of Target Field, a Major League Baseball stadium in Minneapolis. He signed a bill mandating 20% ethanol in gasoline by 2013. He cut health care spending to help balance the budget, and signed an executive order rejecting federal funds related to the Patient Protection and Affordable Care Act. He led worldwide trips for business leaders and trade delegations to explore trade opportunities. In the 2007–2008 term he served as chairman of the National Governors Association.

FULL ARTICLE AT WIKIPEDIA.ORG
This article is licensed under the GNU Free Documentation License.
It uses material from the Wikipedia article "Tim Pawlenty."
Back to Article
/