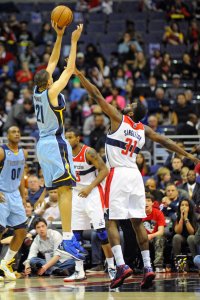 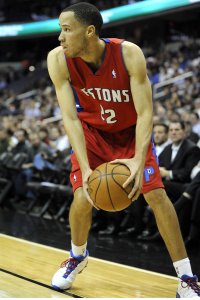 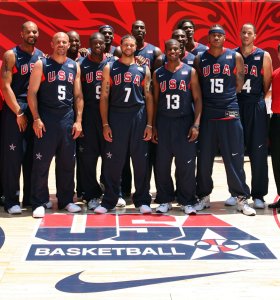 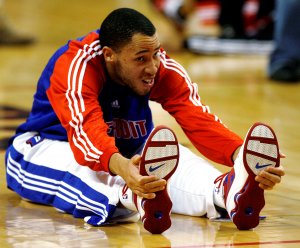 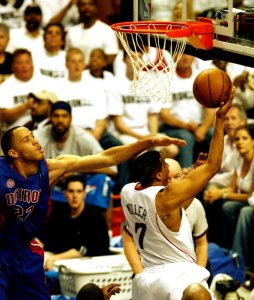 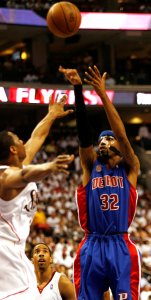 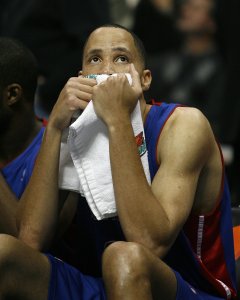 NBA // 3 years ago
Pistons hire Stefanski; Casey on coaching radar?
The Detroit Pistons' attempt at a rebuild and relevancy will begin with Ed Stefanski.

Sports News // 7 years ago
Streaking Chicago Bulls stop by The Palace
The playoffs should be a sure thing for the Chicago Bulls, as they shoot for a fifth consecutive win Friday against the Detroit Pistons at The Palace of Auburn Hills.

Sports News // 7 years ago
Big first half leads Boston Celtics over Utah Jazz
Tayshaun Prince's 19 points off the bench and a huge second quarter helped carry the Boston Celtics to a 99-90 win over the Utah Jazz.

We didn't help Ben on the boards at all tonight

Tayshaun Durell Prince (born February 28, 1980, in Compton, California) is an American basketball player for the Detroit Pistons in the National Basketball Association. Prince is a small forward, listed at 6 ft 9 in (2.06 m) and 215 lb (98 kg; 15.4 st). A graduate of Dominguez High School and the University of Kentucky, Prince was drafted in the first round (23rd overall) by the Detroit Pistons in the 2002 NBA Draft. Prince wears the jersey #22 as a result of his draft position, signifying the 22 teams that passed on drafting him. His college #21 was previously retired by the Pistons in honor of guard Dave Bing.

Prince played four seasons (1998 to 2002) for the University of Kentucky Wildcats, averaging 13.2 points and 5.7 rebounds as the Wildcats posted a 97–39 record and advanced to the NCAA Tournament each year. Prince won SEC Player of the Year in his junior season (2000–2001) – also leading the SEC in free throw percentage (84.3%) – and was named to the Associated Press All-SEC Teams in both his junior and senior years. Kentucky won the SEC Tournament in 1999 and 2001, and Prince was awarded the 2001 tournament's Most Valuable Player award.

Notable individual performances included a 31 point, 11 rebound, four assist, four steal effort in a 79–59 victory over North Carolina. In scoring Kentucky's first fifteen points, Prince made five consecutive three-point shots. Kentucky shooting guard Keith Bogans compared Prince's performance to "the Chicago Bulls' Michael Jordan blistering Portland in the 1992 NBA Finals." In an 87–82 victory over Tulsa during the 2002 NCAA Tournament, Prince scored a career-high 41 points (along with nine rebounds, four assists and three blocks) to lead Kentucky to the Sweet 16. He graduated from Kentucky in 2002 with a degree in sociology. + ควยใหญ่

FULL ARTICLE AT WIKIPEDIA.ORG
This article is licensed under the GNU Free Documentation License.
It uses material from the Wikipedia article "Tayshaun Prince."