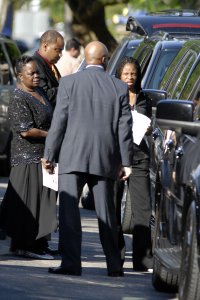 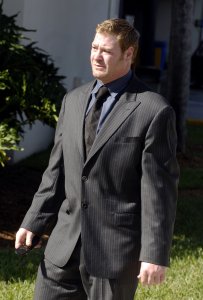 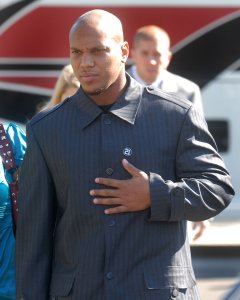 NFL // 3 years ago
2018 NFL mock draft: Top QB crop since famed 1983 class?
NFL teams needing help at quarterback will have no excuses this year with a crop of talent worthy of comparison to even the renowned Class of 1983.

NFL // 3 years ago
NFL Draft: Underclassmen add to 2018 intrigue
A record number of underclassmen opted to make themselves available for the 2018 NFL draft, boosting an already-solid class into an historic group, especially boosted at quarterback, running back, linebacker and cornerback. 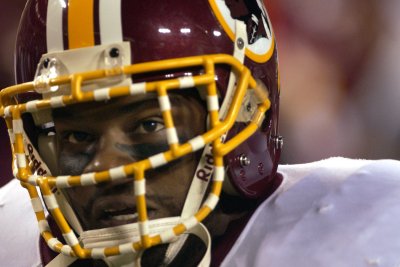 NFL // 3 years ago
NFL Draft: Pressure on top prospects increases as games get bigger
It is often said that nothing is more important than a first impression, but in the scouting world, it is more of a case of what have you done for me lately. 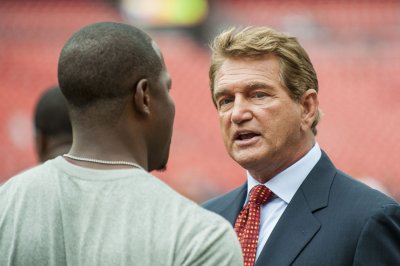 Sean Michael Maurice Taylor (April 1, 1983 – November 27, 2007) was an American football free safety who played for the Washington Redskins of the National Football League. Taylor was drafted in the first round (5th overall) of the 2004 NFL Draft by the Redskins. He played college football at the University of Miami, where he helped lead the Hurricanes to a national championship in 2001. Due to his ferocious style of hitting, several of his pro teammates nicknamed him "Meast," a reference to "half man, half beast." Among his many football accomplishments, Taylor was widely considered one of the hardest hitting defensive secondary players in the NFL.

Taylor was murdered on November 27, 2007, at the age of 24, dying from critical injuries from gunshots by intruders at his Miami area home on November 26, 2007. His death led to an outpouring of national support and sympathy, especially in the Washington D.C. area where Taylor was a fan favorite as a Redskin and the Miami area where Taylor had been a standout high school and college football player. In honor of Taylor, for the first play of the first game after he died, the Redskins defense came out with only ten players instead of the usual 11.

Taylor was born April 1, 1983 in Miami, Florida to Pedro Taylor, a policeman, and Donna Junor. He spent his early years growing up with his great-grandmother Aulga Clarke in Homestead, Fl and later moved to his fathers home at the age of 10. He grew up in a low income neighborhood in Miami, on a street filled with candy-colored houses. Taylor played high school football in Pinecrest, Florida, a suburb of Miami. He originally began his high school football career at 6A Miami Killian High School, but left to Gulliver Preparatory School 2A, where he could play both offense and defense. He helped Gulliver win the Florida Class 2A State Championship in 2000, with a 14–1 record (he did not play in the first game of the season, the team's only loss). At Gulliver, Taylor was a star on both sides of the ball, playing running back, defensive back and linebacker.

FULL ARTICLE AT WIKIPEDIA.ORG
This article is licensed under the GNU Free Documentation License.
It uses material from the Wikipedia article "Sean Taylor."
Back to Article
/