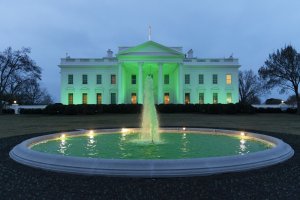 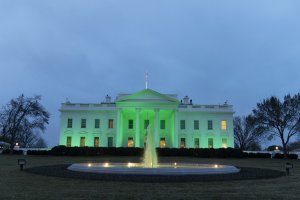 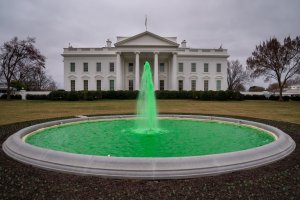 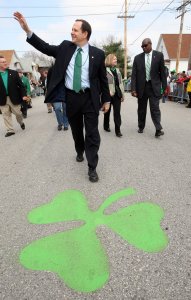 Saint Patrick's Day (Irish: Lá Fhéile Pádraig; Ulster-Scots: Saunt Petherick's Day)[2] is a religious holiday celebrated internationally on 17 March. It commemorates Saint Patrick (c. AD 387–461), the most commonly recognised of the patron saints of Ireland, and the arrival of Christianity in Ireland.[1] It is observed by the Catholic Church, the Anglican Communion (especially the Church of Ireland),[3] the Eastern Orthodox Church and Lutheran Church. Saint Patrick's Day was made an official feast day in the early 17th century, and has gradually become a secular celebration of Irish culture in general.[4]

FULL ARTICLE AT WIKIPEDIA.ORG
This article is licensed under the GNU Free Documentation License.
It uses material from the Wikipedia article "Saint Patrick's Day."
Back to Article
/