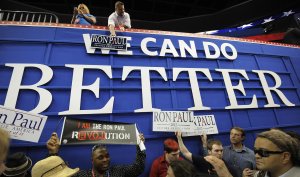 U.S. News // 2 years ago
Supreme Court to hear case allowing electors to go against popular vote
The Supreme Court on Friday agreed to hear a case in which electoral college members seek the right to vote for a presidential candidate who didn't win the popular vote in their state.

U.S. News // 2 years ago
Advocates fear ruling gives U.S. presidential 'electors' too much vote power
With the 2020 U.S. presidential election 14 months away, a new ruling by a federal appeals court is now the cause of some concern after it gave new legal authority for certified electors to disregard the will of voters.

U.S. News // 5 years ago
Trump clears final hurdle to White House with 304 electoral votes
After numerous challenges sprang up in his path to the White House, Donald Trump finally cleared his last hurdle on Monday with the official electoral vote.

U.S. News // 6 years ago
Cruz secures second ballot votes among Maine's convention delegates
Ted Cruz took 19 of the 20 delegates up for grabs at Maine's GOP convention despite talk of a deal that would have created a "unity slate" of delegates.

U.S. News // 6 years ago
Where are the candidates on caucus night?
Iowa caucus-goers hit the polls tonight, and candidates locked in tight races on both sides are eagerly awaiting results -- that could take hours to come.

In the rise and fall of the recent Republican reign of power these past decades, the goal of the party had grown to be only that of gaining and maintaining power -- with total sacrifice of the original Republican belief in shrinking the size of government

I think it's doing more of the same thing. The same policy that we're following now with this bill is exactly how we got into that trouble 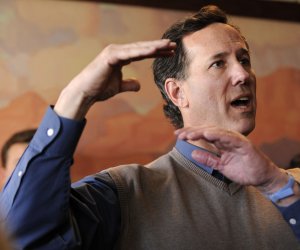 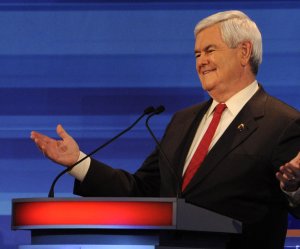 Ronald Ernest "Ron" Paul (born August 20, 1935) is an American medical doctor, author, Republican U.S. Congressman of the House of Representatives and candidate for the 2012 Republican Party presidential nomination. Paul is currently the U.S. Congressman for the 14th congressional district of Texas, which comprises the area south and southwest of the Greater Houston region, including Galveston. Paul serves on the House Committee on Foreign Affairs, the Joint Economic Committee, and the House Committee on Financial Services, and is Chairman of the House Financial Services Subcommittee on Domestic Monetary Policy and Technology, where he has been an outspoken critic of current American foreign and monetary policy.

A native of Pittsburgh, Pennsylvania, Paul is a graduate of Gettysburg College and the Duke University School of Medicine, where he earned his medical degree. Paul served as a flight surgeon in the United States Air Force from 1963 until 1968, during the Vietnam War. He worked as an obstetrician and gynecologist during the 1960s and 1970s, delivering more than 4,000 babies, before entering politics during 1976.

Paul is the initiator of the advocacy group Campaign for Liberty and his ideas have been expressed in numerous published articles and books, including Liberty Defined: 50 Essential Issues That Affect Our Freedom (2011), End The Fed (2009), The Revolution: A Manifesto (2008), Pillars of Prosperity (2008), A Foreign Policy of Freedom: Peace, Commerce, and Honest Friendship (2007), and The Case for Gold (1982). According to University of Georgia political scientist Keith Poole, Paul had the most conservative voting record of any member of Congress since 1937. His son Rand Paul was elected to the United States Senate for Kentucky in 2010, making the elder Paul the first Representative in history to serve concurrently with a child of his in the Senate.

FULL ARTICLE AT WIKIPEDIA.ORG
This article is licensed under the GNU Free Documentation License.
It uses material from the Wikipedia article "Ron Paul."