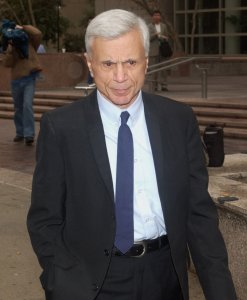 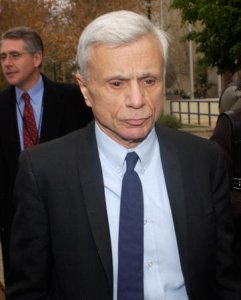 U.S. News // 4 years ago
Cosby trial to proceed after defense attorneys fail to get case thrown out
Bill Cosby will once again go to trial to face rape accusations after attorneys from both sides attacked each other's credibility in a court hearing on Monday.

Top News // 6 years ago
The Almanac
In 2014, Scotland chose to remain in the United Kingdom, rejecting independence in a historic national referendum that had a voter turnout of 84 percent.
TV // 8 years ago
Tony Musante, veteran actor who gave up 'Toma' role, dies
Tony Musante, the actor who left his best-known role, "Toma," after one season, has died in a New York hospital. He was 77.
Odd News // 8 years ago
The almanac
UPI Almanac for Wednesday, Sept. 18, 2013.
Special Reports // 9 years ago
Air base foundation for U.S.-Kyrgyz ties
The Manas Air Base in Kyrgyzstan is the foundation for bilateral diplomacy with the United States, a scholar said during bilateral meetings in Bishkek.
Odd News // 9 years ago
The almanac
UPI Almanac for Tuesday, Sept. 18, 2012.
World News // 1 decade ago
Maldives situation raises wider concern
The Maldivian crisis has alerted neighboring India, with its national security and defense officials holding meetings, sources told the Hindustan Times.

You're lucky somebody hasn't put a bullet in your head

She puts advertisements in all kinds of sex papers ... and guys write to her

There's a whole litter of lunatics out there, pig-face bags of rat guts that are telling all kinds of lies, and the media's soaking it up

Robert Blake (b. September 18, 1933) is an American actor who starred in the film In Cold Blood and the U.S. television series Baretta. In 2005, he was tried and acquitted for the 2001 murder of his wife, but on November 18, 2005, Blake was found liable in a California civil court for her wrongful death.

His father was born in Italy, arriving in the United States in 1907, and his mother was an Italian-American born in New Jersey. They married in 1929. In 1930, James worked as a die setter for a can manufacturer. Eventually, James and Elizabeth began a song-and-dance act. In 1936, the three children began performing, billed as "The Three Little Hillbillies." They moved to Los Angeles, California, in 1938, where the children began working as movie extras.

FULL ARTICLE AT WIKIPEDIA.ORG
This article is licensed under the GNU Free Documentation License.
It uses material from the Wikipedia article "Robert Blake."