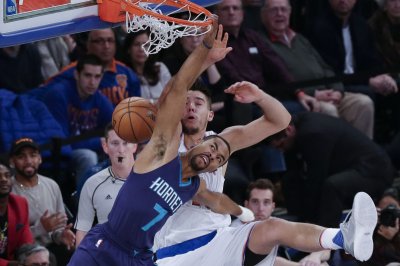 NBA // 3 years ago
Kemba Walker, fourth-quarter surge lift Charlotte Hornets past Denver Nuggets
CHARLOTTE, N.C. -- Kemba Walker refused to come out of the game and, in essence, he refused to lose. 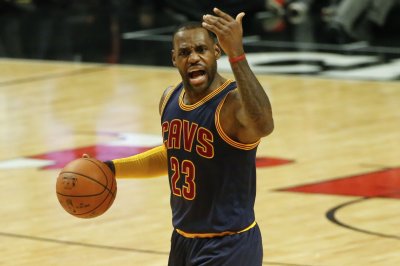 Ramon Sessions (born April 11, 1986 in Myrtle Beach, South Carolina) is an American professional basketball player for the NBA's Cleveland Cavaliers. He was drafted by Milwaukee with the 56th pick in the 2007 NBA Draft. Sessions played collegiately at the University of Nevada for three years. Sessions ranks second in career assists at Nevada with 478. In Sessions' final season at Nevada he averaged 12.3 points, 4.7 rebounds, 4.7 assists and 0.9 steals per game.

Although some felt Sessions should have returned for his senior year at Nevada, he put on a very strong performance at the NBA pre-draft camp in Orlando and decided to stay in the draft. Considered by scouts to be a very good ballhandler, passer, and decision-maker, although his athleticism and NBA-scoring ability were questioned.

Sessions was the first NBA player to be assigned to the NBA Development League in the 2007–08 season, when he was sent by the Bucks to the Tulsa 66ers; Sessions was named D-League Performer of the Week for the opening weekend of the season, November 26, 2007, averaging 30.5 points, 7.5 rebounds and 5.0 assists. Later in the season, for January 28, 2008, he was also named Performer of the Week, becoming the first two-time performer for the season. He averaged 29.6 points, 8.0 rebounds and 12.3 assists in three wins for the 66ers.

FULL ARTICLE AT WIKIPEDIA.ORG
This article is licensed under the GNU Free Documentation License.
It uses material from the Wikipedia article "Ramon Sessions."
Back to Article
/