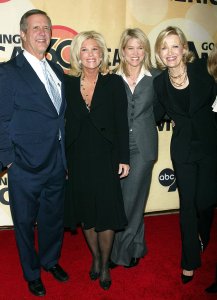 U.S. News // 3 years ago
DNA leads police to murder suspect in cold 1988 Indiana case
Indiana police have arrested a man they believe is responsible for a 30-year-old murder case, which included the sexual assault and death of an 8-year-old girl.

Were it not for the fact that Ms. Zahn and Mr. Cohen's marriage is ending, Mr. Cohen might never have been called to account for, among other things, the dubious investments he made with her money

Paula Ann Zahn (born February 24, 1956) is an American journalist, newscaster, former news anchor on ABC News, CBS News, Fox News, and CNN. On July 24, 2007, she announced her resignation from CNN. The final broadcast of Paula Zahn Now aired August 2, 2007. In January 2009, Discovery Communications announced that Zahn had entered into a development deal for a newsmagazine series, On the Case with Paula Zahn. The series, which profiles real crime stories, premiered October 18, 2009 on the Investigation Discovery cable channel.

Zahn was born in Omaha, Nebraska, to a schoolteacher/artist mother and an IBM sales executive father. She initially grew up in Canton, Ohio, with her parents and three siblings. The family relocated to Naperville, Illinois, as her father's job as required them to move frequently. She once joked that "IBM" really stood for "I've been moved". She attended Washington Junior High School in Naperville and later graduated from Naperville Central High School in 1974. She also competed in several beauty pageants, making the finals of the 1973 Miss Teenage America Pageant. Zahn continued her education at Stephens College in Columbia, Missouri on a cello scholarship, and received firsthand knowledge of the news business by working as an intern at WBBM-TV in Chicago, Illinois. She graduated in 1978 with a bachelor's degree in journalism. Zahn then spent the next 10 years working at local stations around the country, including WFAA-TV in Dallas, Texas, KFMB-TV in San Diego, California, KPRC-TV in Houston, Texas, WHDH-TV (then WNEV) in Boston, Massachusetts, and KCBS-TV in Los Angeles, California.

In 1987, Zahn accepted an offer to work at ABC News, initially anchoring The Health Show, a weekend program on health and medical issues. Within a few months she was co-anchoring World News This Morning, the network's early morning newscast, and anchoring news segments on Good Morning America.

FULL ARTICLE AT WIKIPEDIA.ORG
This article is licensed under the GNU Free Documentation License.
It uses material from the Wikipedia article "Paula Zahn."
Back to Article
/