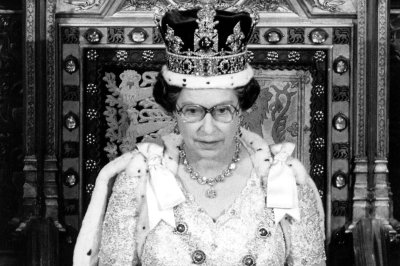 Top News // 3 years ago
The Almanac
On Feb. 6, 1952, Princess Elizabeth became sovereign of Great Britain upon the death of her father, King George VI. She was crowned Queen Elizabeth II on June 2, 1953.

Patrick Macnee (born 6 February 1922) is an English actor, best known for his role as the secret agent John Steed in the series The Avengers.

Macnee, the older of two sons (he has a younger brother, James), was born Daniel Patrick Macnee in Paddington, London, the son of Dorothea Mary (née Henry) and Daniel "Shrimp" Macnee, a race horse trainer. His maternal grandmother was Frances Alice Hastings, who descended from the Earls of Huntingdon - Macnee has long suggested that he may be a distant relation of Robin Hood, sometimes said to have been a black sheep of the Huntingdon family. Macnee's great-grandfather was Scottish portrait artist Sir Daniel Macnee.

His parents divorced after his mother declared her lesbianism and had a live-in partner (referred to in Macnee's memoirs as "Uncle Evelyn") who helped pay for young Patrick's schooling. He was educated at Eton College, was commissioned as a Lieutenant in the Royal Navy and was awarded the Atlantic Star for his service during World War II. After nurturing his acting career in Canada, Macnee appeared in supporting roles in a number of films, notably in the Gene Kelly vehicle Les Girls (as an Old Bailey barrister) and opposite Anthony Quayle in the 1956 war movie The Battle of the River Plate. He had a small role in the 1951 version of Scrooge (A Christmas Carol in the U. S.) as young Jacob Marley.

FULL ARTICLE AT WIKIPEDIA.ORG
This article is licensed under the GNU Free Documentation License.
It uses material from the Wikipedia article "Patrick MacNee."
Back to Article
/