In 1788, Massachusetts ratified the federal Constitution, the sixth state to do so.

In 1952, Princess Elizabeth became sovereign of Great Britain upon the death of her father, King George VI. (She was crowned Queen Elizabeth II on June 2, 1953.)

In 1998, U.S. President Bill Clinton said he would never consider resigning because of allegations that he had an affair with former White House intern Monica Lewinsky.

In 2004, a female suicide bomber detonated explosives in a suitcase on a Moscow subway car, killing 39 people and injuring about 200.

In 2006, U.S. Attorney General Alberto Gonzales told Congress President George W. Bush was within his legal rights when he authorized warrantless surveillance of people in the United States by the National Security Agency.

In 2012, the United States suspended operations at its embassy in Damascus and evacuated its staff, citing the deteriorating situation across Syria.

In 2013, a Public Policy Polling survey indicated U.S. voters are more likely to view an endorsement by the National Rifle Association negatively than positively. 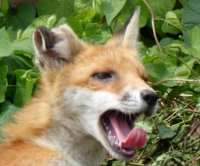 Odd News // 1 hour ago
Teachers find wild fox sleeping on couch inside London school
Jan. 28 (UPI) -- Teachers at a London school arrived at the building to find a wild fox had made itself comfortable and was taking a nap on a staff room sofa.

Odd News // 1 hour ago
Rail car breaks away from Washington train, travels 16 miles down the tracks
Jan. 28 (UPI) -- Authorities in Washington said a rail car broke away from a train and rolled nearly 16 miles on its own before being stopped.

Odd News // 2 hours ago
Owners renovating old building in Washington find century-old mural
Jan. 28 (UPI) -- A couple living in a small Washington town said they were renovating the future home of their new business when they found 60-foot murals underneath the plaster covering the walls.

Odd News // 1 day ago
Mystery animal that might be a dog escapes from Pennsylvania rescue
Jan. 27 (UPI) -- A mystery animal that experts said could be either a dog or a coyote escaped from a wildlife group's facility about a week after being rescued from the cold. 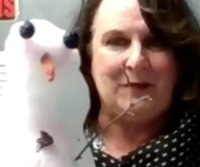 Odd News // 1 day ago
Florida teacher has snowman mailed to class from Kentucky
Jan. 27 (UPI) -- A Florida teacher who discovered most of her students had never seen snow gave them an unusual surprise by having her sister mail the class a snowman.
Advertisement