U.S. News // 2 years ago
Progressive Christian group tours U.S. to challenge Trump re-election
Religious conservatives in the United States are one key American segment President Donald Trump is counting on this fall for re-election, but he likely won't curry favor with one small group of progressive Christians.

U.S. News // 4 years ago
Sanders asked to leave restaurant because she works for Trump
Sarah Huckabee Sanders, the White House's press secretary, was told by restaurant owner to leave because of her connection to President Donald Trump.

World News // 4 years ago
Parents ask court to allow medical care in Italy for terminally ill boy
British judges heard Wednesday from the parents of a terminally ill 23-month old boy, who want to take the child to Italy for potentially live-saving treatment.

U.S. News // 4 years ago
Mike Huckabee resigns from CMA Board after one day
Former Arkansas Gov. Mike Huckabee resigned from the Board of the Country Music Association Thursday after only one day due to controversy over his appointment.

Social Security is not the government's money, it's the money of people who've had it taken out of their checks involuntarily

But there are some things that we don't want to change: freedom, security and the opportunity to prosper

If this country does not keep it's promise to seniors, then what promise can this country hope to be trusted to keep

It is so naive that he would trust the Iranians. By doing so, he will take the Israelis and march them to the door of the oven

I want to say with the utmost of sincerity, not as a Republican, but as an American, that I have great respect for Senator (Barack) Obama's historic achievement to become his party's nominee, not because of his color, but with indifference to it 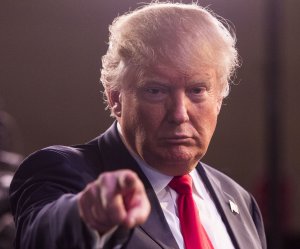 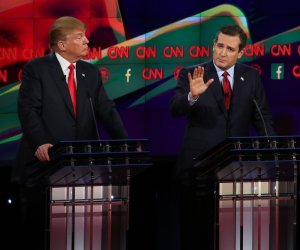 The 4th Republican debate in Milwaukee 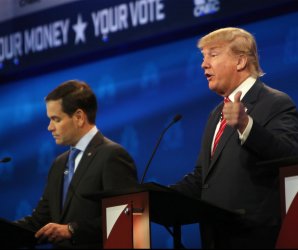 Michael Dale "Mike" Huckabee (born August 24, 1955) was the 44th Governor of Arkansas, serving from 1996 to 2007. He was a candidate in the 2008 United States Republican presidential primaries, finishing second in delegate count and third in both popular vote and number of states won (behind both John McCain and Mitt Romney). He won the Iowa Republican caucuses. Huckabee exited the race as McCain became the presumptive Republican nominee after winning the delegate winner-take-all states of Florida, California, and New York State.

Huckabee is the author of several best selling books, an ordained Southern Baptist minister, musician and a public speaker. He is also an ABC Radio political commentator. He and his wife, Janet, have been married for 36 years and have three grown children: John Mark, David, and Sarah. Janet Huckabee was an unsuccessful candidate for Arkansas Secretary of State in 2002.

FULL ARTICLE AT WIKIPEDIA.ORG
This article is licensed under the GNU Free Documentation License.
It uses material from the Wikipedia article "Mike Huckabee."