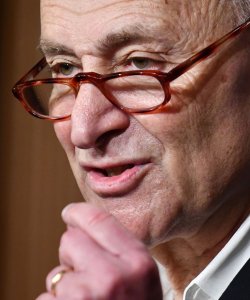 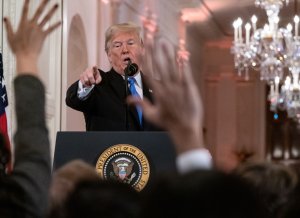 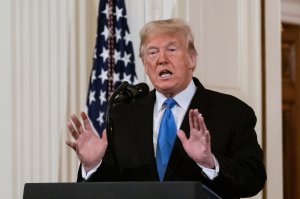 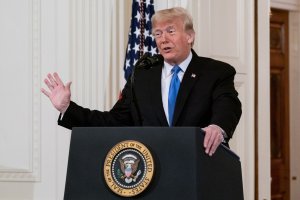 Voices // 2 months ago
'Rainbow wave' of LGBTQ candidates run and win
More LGBTQ candidates ran for office in the United States in 2020 than ever before -- at least 1,006. That's a 41% increase over the 2018 midterms, according to the LGBTQ Victory Fund.

U.S. News // 6 months ago
Gallup: Democrats have built 11-point edge on GOP with voters
Since the start of the year, there has been a dramatic shift in Americans' party preference -- swinging from a slight Republican advantage to a significant Democratic edge, a Gallup survey showed Thursday.

U.S. News // 6 months ago
Primaries in Colorado, Utah, Oklahoma set up November races
In election results Tuesday, one former governor advanced to the fall in his Democratic congressional primary -- while another trails in his effort to win back his old job.

U.S. News // 10 months ago
Progressive Christian group tours U.S. to challenge Trump re-election
Religious conservatives in the United States are one key American segment President Donald Trump is counting on this fall for re-election, but he likely won't curry favor with one small group of progressive Christians.

This article is part of the series: Politics and government of the United States

The GOP lost heavily in the 2006 and 2008 elections, giving up Congress and the White House. Congressional Republicans were almost unanimous in opposing the key elements of the Obama administration domestic policy in 2009-2010, while generally supporting its foreign policy in Afghanistan and Iraq. With the economy continuing to falter, support for Obama and the Democrats has suffered significantly. Political analysts in October 2010 predict sweeping Republican gains in the 2010 midterm elections, pointing to the swing that would be generated on current polling, and an "enthusiasm gap" that measures Republican voters to be significantly more engaged than Democratic voters.

FULL ARTICLE AT WIKIPEDIA.ORG
This article is licensed under the GNU Free Documentation License.
It uses material from the Wikipedia article "Midterm Elections."
Back to Article
/