World News // 6 months ago
Japan's economy slips into recession amid pandemic
Japan has slipped into a recession as its economy sank for a second straight quarter, officials said Monday, making it the strongest economy to see its productivity greatly decline amid the coronavirus pandemic.

U.S. News // 1 year ago
U.S. markets plummet; Treasury designates China a currency manipulator
All three major U.S. markets plummeted in trading Monday amid warnings about the ongoing trade dispute with China and a sudden loss in the Chinese yuan.

U.S. News // 1 year ago
Federal Reserve lowers interest rates for 1st time since 2008
Weeks of speculation were put to rest Wednesday when the Federal Reserve announced a quarter-percent interest rate cut in its mid-year assessment of U.S. economic health.

U.S. News // 1 year ago
Boeing to update software, training on 737 Max 8 as FBI joins probe
Boeing is working on new software and training procedures for the 737 Max 8 aircraft, which has been grounded around the world after two separate crashes.

U.S. News // 1 year ago
Next-generation space industry jobs ready for take-off
As the U.S. approaches a return to human spaceflight and more satellite launches, a generation of workers from the Apollo and space shuttle programs has retired.

U.S. News // 2 years ago
10 years after Wall Street meltdown, U.S. economy may be no better protected
Ten years ago on Saturday the Dow Jones industrial average experienced a historic decline as the United States faced its worst financial crisis since the Great Depression. 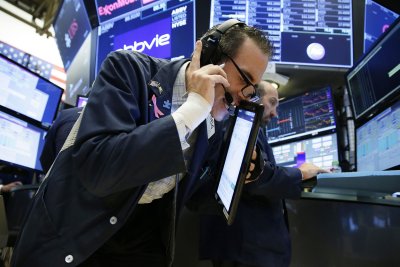 Voices // 2 years ago
What happens when the next financial crisis strikes?
As the 10-year anniversary of the last crash nears, pundits are predicting the next one.

The company was founded on January 6, 1914, when Charles E. Merrill & Co. opened for business at 7 Wall Street in New York City. A few months later, Merrill's friend, Edmund C. Lynch, joined him, and in 1915 the name was officially changed to Merrill, Lynch & Co. At that time, the firm's name included a comma between Merrill and Lynch. In 1916, Winthrop H. Smith joined the firm.

In its early history, Merrill, Lynch & Co. made several successful investments. In 1921, the company purchased Pathé Exchange, which later became RKO Pictures. In 1926, the firm made its most significant financial investment at the time, purchasing a controlling interest in Safeway, transforming the small grocery store into the country's third largest grocery store chain by the early 1930s. Following this investment, the company further increased its investment banking focus by transferring its retail brokerage services to E.A. Pierce.

FULL ARTICLE AT WIKIPEDIA.ORG
This article is licensed under the GNU Free Documentation License.
It uses material from the Wikipedia article "Merrill Lynch."
Back to Article
/