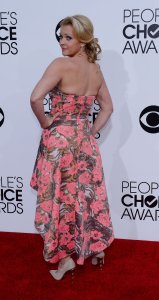 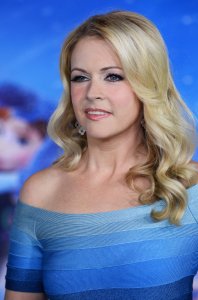 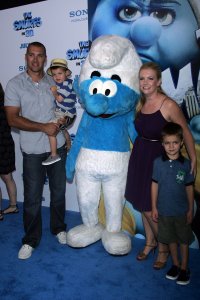 Entertainment News // 1 year ago
Stars react to George Segal's death: 'My heart is broken'
Wendi McLendon-Covey and Hayley Orrantia of "The Goldbergs" and other stars including Lea Thompson and Josh Gad are paying homage to George Segal on social media following his death.

TV // 1 year ago
What to binge next: Frighten yourself with horror TV shows
Here are 11 scary TV shows streaming now to deliver more scares than even the longest running horror movie franchises.

TV // 3 years ago
Sean Astin, Kal Penn to guest star on 'Big Bang Theory'
Sean Astin and Kal Penn are set to guest-star on an upcoming episode of The Big Bang Theory which is currently in its 12th and final season.

Melissa Joan Catherine Hart (born April 18, 1976) is an American actress, writer, television director, television producer, singer and businesswoman. Hart is perhaps best known for her title roles in the television series Clarissa Explains It All (1991–1994) and the live action version of Sabrina the Teenage Witch (1996–2003).

Hart's career has mixed movie work with television including appearances in the popular TV shows Law and Order and That '70s Show. Since 2010, Hart has starred in the ABC Family series Melissa & Joey. Hart has been married to musician Mark Wilkerson since 2003 and together they have had two children.

Hart was born on April 18, 1976 in Smithtown, New York, on Long Island, the daughter of Paula, a producer and talent manager, and William Hart, a shellfish purveyor, clam hatchery worker, and entrepreneur. She grew up in Sayville, New York. Her stepfather (since 1994) is television executive Leslie Gilliams, and her stepmother is Lisa Hart. Hart was named after the Allman Brothers song "Melissa", while her middle name, Joan, came from her maternal grandmother. She chose Catherine as her confirmation name when she was in the eighth grade.

FULL ARTICLE AT WIKIPEDIA.ORG
This article is licensed under the GNU Free Documentation License.
It uses material from the Wikipedia article "Melissa Joan Hart."