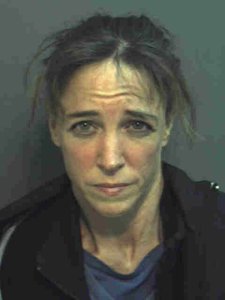 Lisa Marie Nowak (née Caputo) (born May 10, 1963) is a United States naval officer and a former NASA astronaut. Born in Washington, DC, she was selected by NASA in 1996 and qualified as a mission specialist in robotics. Nowak flew aboard Space Shuttle Discovery during mission STS-121 in July 2006. She was responsible for operating the robotic arms of the shuttle and the International Space Station.

Nowak gained international attention on February 5, 2007, when she was arrested in Orlando, Florida, and subsequently charged with the attempted kidnapping of U.S. Air Force Captain Colleen Shipman, the girlfriend of astronaut William Oefelein. Nowak was released on bail, pleaded not guilty to the charges and requested a jury trial. Nowak's assignment to the space agency as an astronaut was terminated by NASA effective March 8, 2007.

Lisa Nowak is the daughter of Alfredo and Jane Caputo of Rockville, Maryland. She first became interested in the space program when she was six years old, watching the Apollo moon landings. Nowak followed the space shuttle program, particularly the introduction of women astronauts, while she was growing up. She graduated from Charles W. Woodward High School in Rockville, Maryland, in 1981, and received a BS degree in aerospace engineering from the U.S. Naval Academy in 1985. Nowak received a Master of Science degree in aeronautical engineering, and a degree in aeronautical and astronautical engineering in 1992 from the U.S. Naval Postgraduate School in Monterey, California.

FULL ARTICLE AT WIKIPEDIA.ORG
This article is licensed under the GNU Free Documentation License.
It uses material from the Wikipedia article "Lisa Marie Nowak."
Back to Article
/