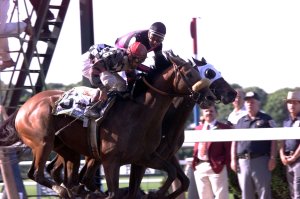 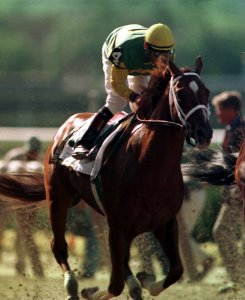 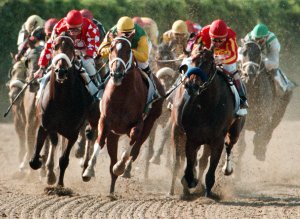 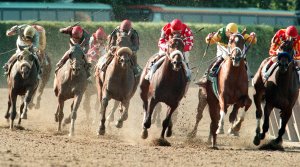 Sports News // 4 weeks ago
Art Collector enters Derby picture with Blue Grass win
Art Collector is the new "hot thing" for the Kentucky Derby after stepping up to win the delayed Blue Grass at Keeneland.

Horse Racing // 1 year ago
U.S. Turf Racing starting 2019 much like the unsettled 'old year'
U.S. turf racing was a mixed bag in 2018, with few able to string together top-level wins, and early returns show 2019 is off on similar footing. 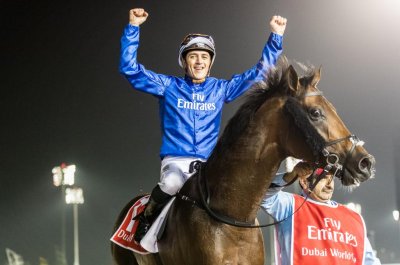 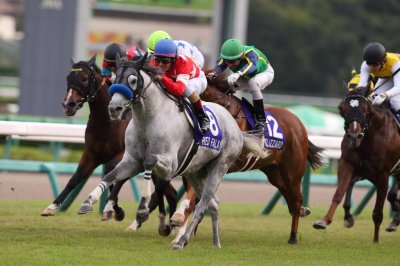 Great to be the trainer and the co-owner. Mark gave her a great ride. She lapped the whole field to come from last to win a big, big race

Lemon Drop Kid (foaled 1996) is a Champion American Thoroughbred racehorse. He is among many stakes-winning Thoroughbreds to be descended from Triple Crown winner Seattle Slew. Seattle Slew is the son of, Charming Lassie. Kingmambo was his sire, himself a son of the very important Champion sire Mr. Prospector and out of the great mare, Miesque.

Lemon Drop Kid played the spoiler to Charismatic's 1999 U.S. Triple Crown run, winning the Belmont Stakes that year by catching the frontrunning Charismatic in the homestretch. Lemon Drop Kid followed up with a win in the important Grade I Travers Stakes. In 2000, he had an outstanding year, winning several major Grade I races and earning U.S. Champion Older Male Horse honors.

FULL ARTICLE AT WIKIPEDIA.ORG
This article is licensed under the GNU Free Documentation License.
It uses material from the Wikipedia article "Lemon Drop Kid."
Back to Article
/