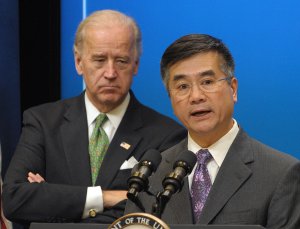 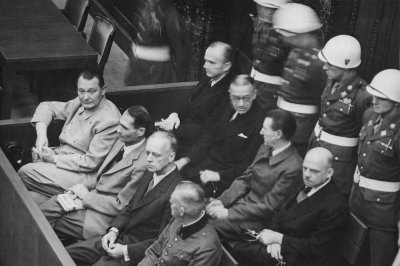 Top News // 4 years ago
The Almanac
On Nov. 23, 1945, evidence presented during the Nuremberg Trials detailed a meeting between Adolf Hitler and Japanese Foreign Minister Yosuke Matsuoka where they discussed German-Japanese co-operation in a war against the United States, eight months before Pearl Harbor.

We've been very clear that companies needed to be run commercially, rather than politically

Six months ago, the economy was in a nose dive, people were talking about the possibility of another depression, the statistics all suggested a vertical decline. None of that is the situation right now

These were extraordinary provisions of support, not part of a permanent program

Lawrence Henry Summers (born November 30, 1954) is an American economist and as of 2010, Director of the White House National Economic Council for President Barack Obama. Summers is the Charles W. Eliot University Professor at Harvard University's Kennedy School of Government. He is the 1993 recipient of the John Bates Clark Medal for his work in several fields of economics and was Secretary of the Treasury from 1999 to 2001, during the Clinton Administration.

Summers also served as the 27th President of Harvard University from 2001 to 2006. Summers resigned as Harvard's president in the wake of a no-confidence vote by Harvard faculty that resulted in large part from Summers' conflict with Cornel West, financial conflict of interest questions regarding his relationship with Andrei Shleifer, and a 2005 speech in which he suggested that the under-representation of women in science and engineering could be due to a "different availability of aptitude at the high end," and less to patterns of discrimination and socialization.

Summers has also been criticized for the economic policies he advocated as Treasury Secretary and in later writings. In 2009, he was tapped by President Obama to be the director of the White House National Economic Council. Since returning to government in the Obama administration, he has come under fire for his numerous financial ties to Wall Street.

FULL ARTICLE AT WIKIPEDIA.ORG
This article is licensed under the GNU Free Documentation License.
It uses material from the Wikipedia article "Lawrence Summers."
Back to Article
/