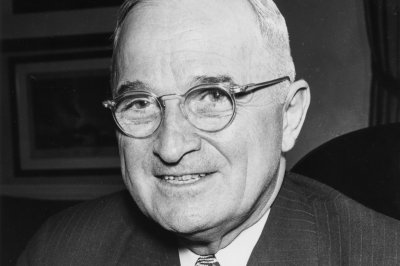 Louis Feinberg (October 5, 1902 – January 24, 1975), known professionally as Larry Fine, was an American comedian and actor, who is best known as a member of the comedy act The Three Stooges.

Fine was born to a Jewish family as Louis Feinberg in Philadelphia, Pennsylvania, at the corner of 3rd and South Streets. The building there is now a restaurant which is called Jon's Bar & Grill - "the birth place of Larry Fine," but is not actually the building in which he was born. His father, Joseph Feinberg (who was Russian-Jewish), and mother, Fanny Lieberman, owned a watch repair and jewelry shop. When Larry was a child he burned his arm with some acid that his father used to test whether or not gold was real. Mistaking it for a beverage, Larry had the acid bottle to his lips when his father noticed and knocked it from his hand, accidentally splashing Larry's forearm. Later Larry received violin training to help strengthen his damaged muscles and this skill would be put to use in many of the Stooges' films. He became proficient on the instrument, and his parents wanted to send him to a European music conservatory, but the outbreak of World War I prevented this. In scenes where all three Stooges are playing fiddles, only Larry is actually playing his instrument; the others are pantomiming. To further strengthen his arm, Larry took up boxing as a teenager. He fought and won one professional bout. His career as a pugilist was stopped by his father, who was opposed to Larry's fighting in public.

As Larry Fine, he first performed as a violinist in vaudeville at an early age. In 1925, he met Moe Howard and Ted Healy. Howard and his brother Shemp had been working as audience stooges for Healy. Shemp left soon after to attempt a solo career and was in turn replaced by another brother, Curly. Larry's trademark bushy hair came out, according to rumor, from his first meeting with Healy, in which he had just wet his hair in a basin, and as they talked, it dried oddly. Healy told him to keep the zany hairstyle and, according to a 1973 TV interview on the Mike Douglas show with Moe:

FULL ARTICLE AT WIKIPEDIA.ORG
This article is licensed under the GNU Free Documentation License.
It uses material from the Wikipedia article "Larry Fine."
Back to Article
/