NFL // 2 years ago
After Lewis, Hall of Fame vote Saturday a mystery
MINNEAPOLIS - Selectors for the Pro Football Hall of Fame will meet Saturday to select the class of 2018, and beyond the almost certain choice of Baltimore linebacker Ray Lewis, it appears to be a wide-open field. 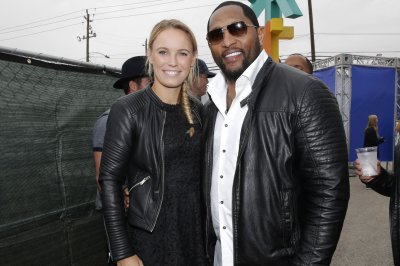 NFL // 2 years ago
Ray Lewis heads 15 Hall of Fame finalists
And then there were 15.

NFL // 2 years ago
Ray Lewis highlights Class of 2018 NFL Hall of Fame semifinalists
The Pro Football Hall of Fame's annual journey toward its next group of Gold Jacket recipients took another step Tuesday when the roster of candidates was reduced to 25 semifinalists -- plus two.

NFL // 3 years ago
New York Jets show resilience in OT win over Jacksonville Jaguars after blowing lead
EAST RUTHERFORD, N.J. -- The New York Jets had a chance to have a laugher.

Player leadership is discussing the most recent written proposal with the NFL, which includes a settlement agreement, deal terms and the right process for addressing recertification

Kevin James Mawae (pronounced /məˈwaɪ/; born January 23, 1971 in Savannah, Georgia) is a former American National Football League center. During a 16-year football career, he played for the Seattle Seahawks (1994–1997), New York Jets (1998–2005), and the Tennessee Titans (2006–2009). Mawae was a four-year starter for LSU and was selected second-team All-SEC by Associated Press and SEC coaches as senior. Mawae is one of the top centers of recent times, having been selected to the Pro Bowl on six consecutive occasions (1999–2004), and was a eight-time All-Pro selection.

Mawae spent five years of his childhood (age 7–12) in Hanau, Germany, when his father retired Sgt. 1st Class David Mawae, who served 23 years in the U.S. Army, was stationed there, and it was there that he began playing football. His father's career also took him for periods of time to South Korea, Germany, Georgia, Kansas, Huntsville and Louisiana.

FULL ARTICLE AT WIKIPEDIA.ORG
This article is licensed under the GNU Free Documentation License.
It uses material from the Wikipedia article "Kevin Mawae."
Back to Article
/