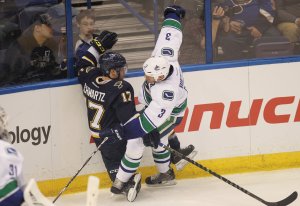 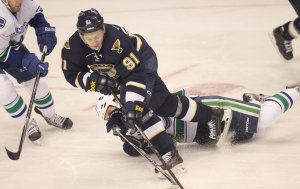 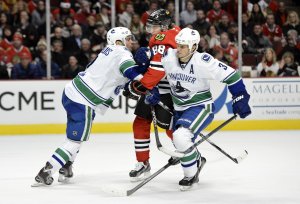 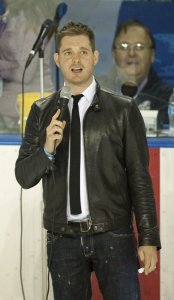 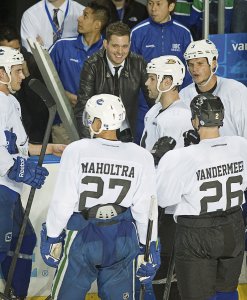 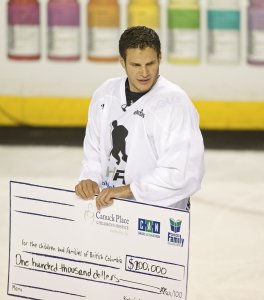 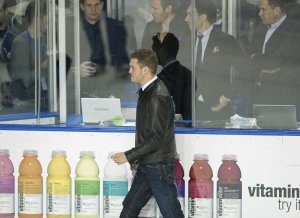 NHL // 4 years ago
Who can prevent a Pittsburgh Penguins three-peat in 2018?
A repeat Stanley Cup champion for the first time since the Detroit Red Wings accomplished the feat in 1997 and 1998.

NHL // 4 years ago
Anaheim Ducks avoid meltdown, edge Nashville Predators in OT
After the Predators concocted a stunning comeback to force overtime in Game 4 of the Western Conference Finals, the script almost demanded they finish the deal.

NHL // 4 years ago
James Neal delivers in OT as Nashville Predators defeat Anaheim Ducks in Game 1
Using the same formula that led the Predators to victory in the first two rounds, they drew first blood in the Western Conference finals against the Ducks.

NHL // 4 years ago
Anaheim Ducks sneak past Edmonton Oilers in Game 7, will face Nashville Predators
After four consecutive postseasons of failure and frustration, the Anaheim Ducks exorcized their Game 7 demons with a gritty triumph.

NHL // 4 years ago
Anaheim Ducks rally to take 3-0 series lead over Calgary Flames
CALGARY, Alberta -- Playing in his 100th NHL playoff game, Corey Perry had belief that the Anaheim Ducks could battle back from a three-goal deficit against the Calgary Flames.

Kevin Christopher Bieksa (born June 16, 1981) is a Canadian professional ice hockey defenceman who currently plays for the Vancouver Canucks of the National Hockey League (NHL), serving as an alternate captain for the Canucks during away games. After a three-year junior hockey career in the Ontario Junior Hockey League (OPJHL) with the Burlington Cougars, Bieksa was awarded a scholarship to Bowling Green State University. He was a one-time All-CCHA honourable mention during his four-year tenure with the Falcons of the Central Collegiate Hockey Association (CCHA). He graduated from the university with a bachelor's degree in finance and was a two-time CCHA All-Academic honourable mention in 2003 and 2004. Following his freshman year, Bieksa was selected 151st overall by the Canucks in the 2001 NHL Entry Draft and joined their minor league affiliate, the Manitoba Moose of the American Hockey League (AHL), upon graduating. He earned AHL All-Rookie Team honours in his first and only full season with the Moose, before joining the Canucks as a regular member in 2005–06. He is known as a physical and aggressive defenceman.

Bieksa began a three-year Junior A career with the Burlington Cougars of the OJHL in 1997–98. He recorded 37 points over 48 games in his second season with the Cougars and 33 points in his third. Bieksa was drafted into the major junior Ontario Hockey League (OHL) by the Mississauga IceDogs, but opted to play college hockey in the National Collegiate Athletics Association (NCAA) instead.

In 2000–01, Bieksa joined the Bowling Green Falcons of the Central Collegiate Hockey Association (CCHA). After a 13-point regular season in 35 games as a freshman, he helped the Falcons become the lowest seeded team in league history (ninth) to advance to the CCHA semi-finals. He scored his team's lone goal in a 2–1 defeat to the Michigan State Spartans before the Falcons were eliminated.

FULL ARTICLE AT WIKIPEDIA.ORG
This article is licensed under the GNU Free Documentation License.
It uses material from the Wikipedia article "Kevin Bieksa."