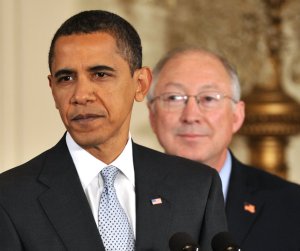 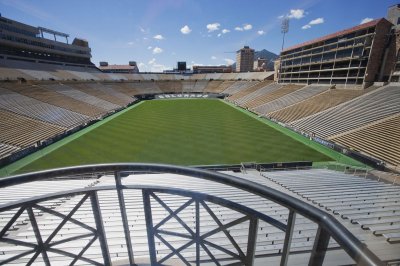 We have moved quickly and thoughtfully to create strong and separate agencies to manage offshore energy development, collect energy revenues and to oversee safety and environmental protection on the Outer Continental Shelf

Healthy rivers and clean waters are fundamental to our economy, our health and our way of life

Kenneth Lee "Ken" Salazar (pronounced /ˈsæləzɑr/; born March 2, 1955) is the current United States Secretary of the Interior, in the administration of President Barack Obama. A member of the Democratic Party, he previously served as a United States Senator from Colorado from 2005 to 2009. He and Mel Martinez (R-Florida) were the first Hispanic U.S. Senators since 1977; they were joined by Bob Menendez (D-New Jersey) in January 2006. Prior to his election to the U.S. Senate, he served as Attorney General of Colorado from 1999 to 2005.

On December 17, 2008, President-elect Obama announced he would nominate Salazar as U.S. Secretary of the Interior. The environmentalist movement's reaction to this nomination was mixed. Previously, Salazar supported the nomination of Gale Norton to Secretary of the Interior, President George W. Bush's first appointee who preceded Salazar as Colorado Attorney General. On January 20, 2009, Salazar was confirmed by unanimous consent in the Senate.

Ken Salazar was born in Alamosa, Colorado, the son of Emma M. and Henry (Enrique) S. Salazar. He grew up near Manassa, in the community of Los Rincones in the San Luis Valley area of south-central Colorado. Salazar attended St. Francis Seminary and Centauri High School in La Jara, graduating in 1973. He later attended Colorado College, earning a Bachelor of Arts degree in political science in 1977, and received his Juris Doctor (J.D.) from the University of Michigan Law School in 1981. Later Salazar was awarded honorary degrees (Doctor of Laws) from Colorado College (1993) and the University of Denver (1999). After graduating, Salazar started private law practice.

FULL ARTICLE AT WIKIPEDIA.ORG
This article is licensed under the GNU Free Documentation License.
It uses material from the Wikipedia article "Ken Salazar."
Back to Article
/