NHL // 2 years ago
Winnipeg Jets try to stay hot on road versus slumping Edmonton Oilers
Mired in a long losing streak to close 2018, the Edmonton Oilers shook things up again.

NHL // 2 years ago
Oilers aim to find a way at home vs. Wild
It hasn't taken long for Oscar Klefbom to buy into what Ken Hitchcock has been preaching. 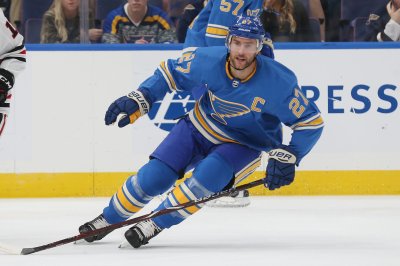 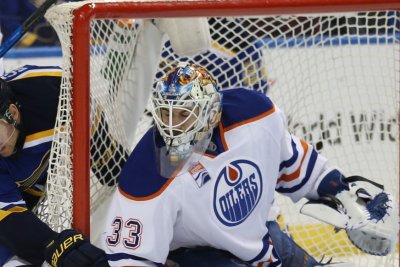 NHL // 2 years ago
Goalies could rule in Kings-Oilers matchup
While the Edmonton Oilers have what appears to be a goaltending controversy, the Los Angeles Kings may have the finest netminder in franchise history between the pipes for the first time in more than a month.

Getting to be a part of Hockey Canada is a great honor, especially any time you get to work with a Canadian team on home ice in front of Canadian fans

The x-ray we all looked at, let it heal a little bit and then whenever he can play, he's probably going to have to play with some type of splint

We just have to hope there is no ligament damage

Hitchcock began his coaching career during the 1984-85 season where he was coach of the Kamloops Blazers of the Western Hockey League. Hitchcock spent six seasons with the Blazers, leading them to two WHL championship victories in 1985-86 and 1989-90. During his tenure with the Blazers, Hitchcock accumulated a 291–115–15 record and never had a losing season. He also named the Top Coach in all of Canadian Major Junior Hockey in 1990.

In 1990, Hitchcock left the WHL and joined the Philadelphia Flyers as an assistant coach. Hitchcock spent three seasons with the Flyers organization before leaving to helm the Dallas Stars' IHL franchise, the Kalamazoo Wings, for the 1993-94 season.

FULL ARTICLE AT WIKIPEDIA.ORG
This article is licensed under the GNU Free Documentation License.
It uses material from the Wikipedia article "Ken Hitchcock."
Back to Article
/