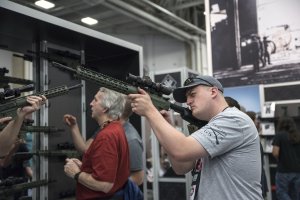 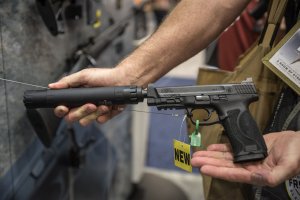 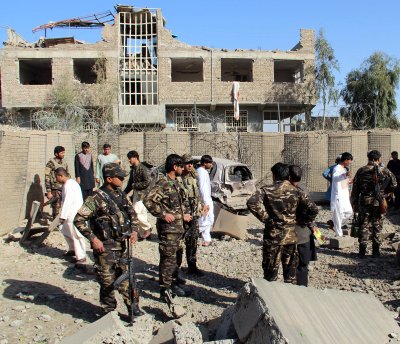 World News // 3 years ago
Afghan soldiers killed in Taliban attacks; bomb hits capital
At least 22 Afghan soldiers died in three attacks by the Taliban in the southern portion of the nation and a suicide bomber killed at least two in Kabul.
U.S. News // 6 years ago
Juneteenth celebrated nationwide, but end of slavery still not a national holiday
Across the country, Americans are celebrating Juneteenth, the June 19 holiday marking the end of slavery in America.
U.S. News // 7 years ago
Houston newspaper regrets its endorsement of Sen. Ted Cruz
The Houston Chronicle, which endorsed the primary election of Sen. Ted Cruz (R-Texas) in 2012, said in an editorial Wednesday it regrets its endorsement.
U.S. News // 8 years ago
UPI NewsTrack TopNews
News from United Press International, around the world around the clock ...
U.S. News // 8 years ago
Congress: Still talking, still no deal
Congressional budget dickering went on into the night in Washington Sunday while the nation lurched ever closer to the so-called fiscal cliff.
U.S. News // 8 years ago
Barrasso: Obama wants to go over 'cliff'
A senior Republican accused President Barack Obama of wanting to take the United States over the "fiscal cliff" for political gain.
U.S. News // 8 years ago
The Year in Review 2012: Congress plays musical chairs but leadership stays the same
The political divide of the U.S. Congress remained the same after Election Day 2012, with Republicans controlling the House of Representatives and Democrats holding onto the Senate.

I think they have complete faith in her, as I do

It is of great concern to me that we would have a five-year hiatus on the books, in which we would (not) be able to put our own people in space

It assumes the old kind of technology in drilling and it is not in any way relevant to what we would do, which is limit the drilling to 2,000 acres in the entire ANWAR, which is size of South Carolina

Kathryn Ann Bailey Hutchison, known as Kay Bailey Hutchison (born July 22, 1943), is the senior United States Senator from Texas. She is a member of the Republican Party. In 2001, she was named one of the thirty most powerful women in America by Ladies Home Journal. The first woman to represent Texas in the U.S. Senate, Hutchison also became the first Texas U.S. senator to receive more than four million votes in a single election.

FULL ARTICLE AT WIKIPEDIA.ORG
This article is licensed under the GNU Free Documentation License.
It uses material from the Wikipedia article "Kay Bailey Hutchison."
Back to Article
/