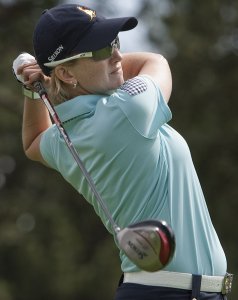 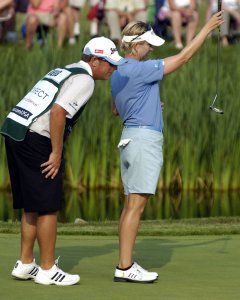 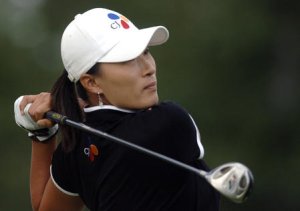 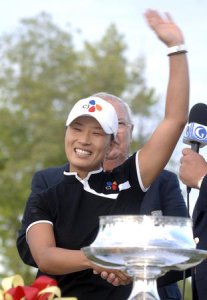 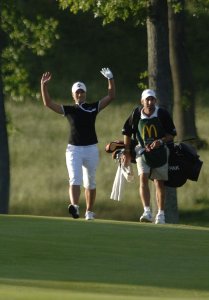 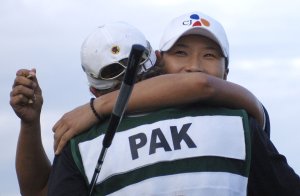 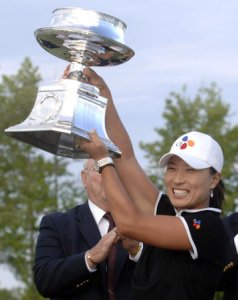 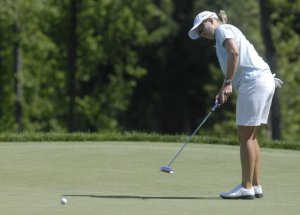 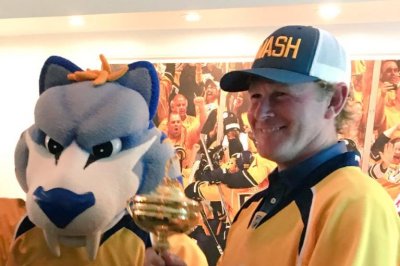 The scores are pretty low out there, and the greens are very receptive

When you have as many chances as I did today, even though you feel like you could have left some out there, I'm not going to complain too much

I think with a one-shot lead, it does not really feel like you are in the lead

I could have played that well and come away with nothing

Karrie Ann Webb AM (born 21 December 1974) is Australia's most successful female professional golfer, and one of the top players in the history of global women's golf. She currently plays mainly on the U.S.-based LPGA Tour and also turns out once or twice a year on the ALPG Tour in her home country. She is a member of the World Golf Hall of Fame. She has 38 wins on the LPGA Tour, more than any other active player.

Webb was born in Ayr, Queensland. She was a member of the Australian Amateur team, making six international appearances from 1992–1994, including a 1994 appearance in the Espirito Santo Trophy World Amateur Golf Team Championships. This was the year she became the Australian Strokeplay Champion where she scored a 128 on a par 68 course, over 36 holes.

Webb began her professional golfing career in 1994 playing on the Ladies European Tour where she finished second at the Women's Australian Open and the Futures Tour in the U.S., where she won one tournament. In 1995 she became the youngest ever winner of the Weetabix Women's British Open in her rookie season in Europe, prior to it being classed as an LPGA major, and was European Rookie of the Year. She qualified for the LPGA Tour after she finished second at the LPGA Final Qualifying Tournament despite playing with a broken bone in her wrist.

FULL ARTICLE AT WIKIPEDIA.ORG
This article is licensed under the GNU Free Documentation License.
It uses material from the Wikipedia article "Karrie Webb."
Back to Article
/