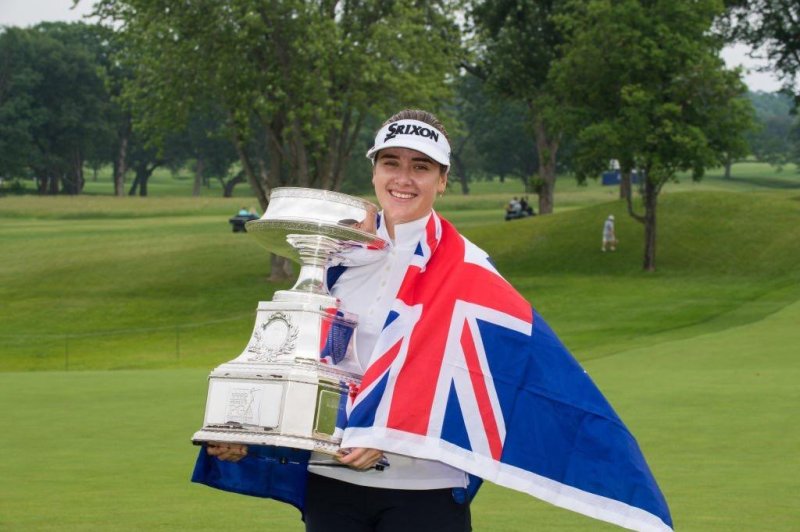 Hannah Green became only the third Australian golfer to win a major with Sunday's win at the Women's PGA Championship. Photo by BBCSport/Twitter

June 24 (UPI) -- Hannah Green became only the third female Australian golfer to win a major with her victory at the Women's PGA Championship at Hazeltine National in Chaska, Minn.

Green, 22, was one stroke better than defending champion Park Sung-hyun on Sunday. Green carded nine-under to join Jan Stephenson and Karrie Webb as Australians to win a major tournament.

Green won $577,500 for finishing in first place. She carded 72 in Sunday's final round and clinched the victory with a five-foot par putt.

Playing in only her seventh career major, Green entered Sunday with a one-stroke lead over Ariya Jutanugarn. Jutanugarn shot five-over Sunday and finished tied for 10th at three-under.

"[I just wanted] anything to just be winning in majors the first event," Green said.