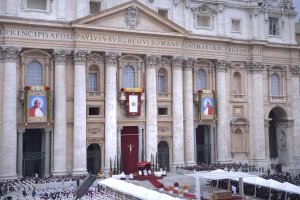 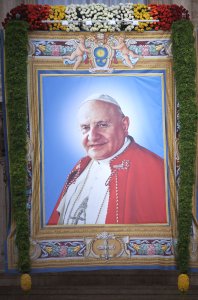 Top News // 3 weeks ago
The Almanac
On Jan. 3, 1961, the United States severed diplomatic relations with Cuba after Fidel Castro announced he was a communist.

Top News // 3 years ago
The Almanac
On April 27, 1993, Kuwait said it foiled an Iraqi plot to assassinate former President George H.W. Bush during his visit earlier in the month.

Top News // 4 years ago
The Almanac
On Jan. 3, 1944, USMC fighter ace Pappy Boyington is shot down over the Pacific by Japanese pilot Masajiro Kawato.

He called the Second Vatican Council (1962–1965) but did not live to see it to completion, dying on 3 June 1963, two months after the completion of his final encyclical, Pacem in Terris. He was beatified on 3 September 2000, along with Pope Pius IX.

FULL ARTICLE AT WIKIPEDIA.ORG
This article is licensed under the GNU Free Documentation License.
It uses material from the Wikipedia article "John XXIII."
Back to Article
/